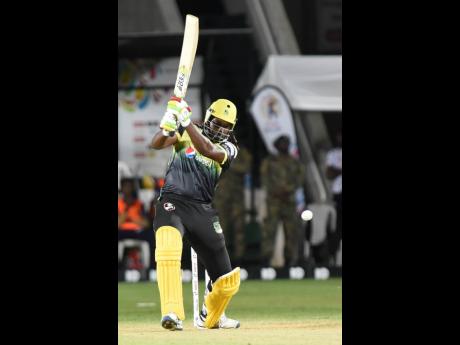 Jamaica Tallawahs assistant coach Ramnaresh Sarwan says he is shocked by criticism of him by former Windies teammate Chris Gayle.

Gayle accused Sarwan of instigating his departure from the Jamaica Tallawahs and destabilising the franchise in a series of videos on his YouTube channel on Monday.

Sarwan responded in a two-page letter yesterday, saying that Gayle’s comments are false and have done what he considers immeasurable damage to the “gentleman’s game” of cricket, in particular, West Indian cricket.

“I categorically deny any involvement in the decision, or the decision-making process, which led to Gayle’s non-selection to represent the Jamaica Tallawahs in the 2020 Caribbean Premier League (CPL) Tournament,” he said.

Sarwan said he had always respected Gayle and considered him a close friend and even defended the Jamaican when calls were made for his ban from the Big Bash League in Australia after publicly flirting with a journalist in that country while she interviewed him in 2016.

Sarwan also denied Gayle’s claims that he schemed to gain the head-coaching role with the Tallawahs.

“I was first offered to play for the side,” Sarwan said. “I refused because I felt that young and upcoming Jamaican and regional talent, as well as overseas players, ought to be given that opportunity. I was then offered the position of head coach but deferred to Mark O’Donnell, who was with the team several years prior. Instead, I accepted the position of assistant coach.

“In 2019, I was appointed head coach. I reached out to Chris and discussed with him the selection of a team. I did so out of respect for him.

“In my conversation with Gayle about the team, he informed me that Donovan Miller, a Jamaican and a very close friend of Chris’, should be appointed head coach as he would better understand the culture of the Jamaican players. I conveyed Gayle’s view to the CEO (chief executive officer, Jeff Miller), informing the CEO that I would be happy to step aside for Miller’s appointment given that Chris feels strongly about his appointment. My priority was what would be in the best interest of the team. Gayle is fully aware of the background, yet he accuses me of fighting to be head coach.”

The former Guyanese batsman also refuted Gayle’s allegations that he encouraged foreign players to disrespect him. He then thanked persons who supported him during what he described as unfortunate times and wished Gayle all the best with his new CPL franchise, the St Lucia Zouks.