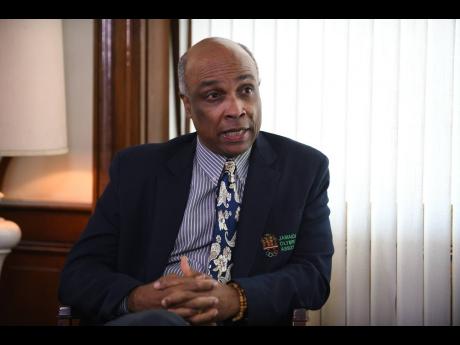 Jamaica Olympic Association (JOA) president Christopher Samuda believes that regional governments will not be inclined to implement policy demanding COVID-19 testing as a prerequisite for the resumption of sporting events and leagues in the Caribbean.

Samuda was speaking at The University of the West Indies Faculty of Sport online forum earlier this month.

The majority of sporting leagues globally have been suspended or cancelled as a result of the virus with only a few leagues returning to action under strict health protocols.

In Germany, their domestic football leagues (Bundesliga and Bundesliga 2) resumed this past weekend with no fans in attendance and testing for all players being done before games. The K-1 football league and baseball league in South Korea resumed recently with similar measures in place.

Samuda believes, however, that governments will guide their respective sporting associations on testing to include it as part of their resumptions plans as opposed to demanding same.

“I don’t think that they will mandate. Clearly, the circumstance demands strong action, but governments instinctively shy away from draconian methods,” Samuda said.

In a Gleaner report on May 11, Samuda said that this could involve a robust education programme that would lead to the association adapting it as part of their policy in restarting their respective competitions.

He says that the regional sporting bodies will have to take up the mantle of safeguarding their athletes and that COVID-19 testing will be a part of those measures.

“Certainly, going forward, if this pandemic does not abate, to the extent that it is no longer a risk, then we are going to have to look at individual methods in associations to ensure the safety and well-being of our athletes, and that, of course, entails testing for the virus,” he said. “So I see associations and certainly from the JOA [perspective], we will be encouraging our associations once they get back on the track, once they get back in the pool or on the court with our assistance, to try and see if we can ensure the safety of the athletes by doing these tests.”