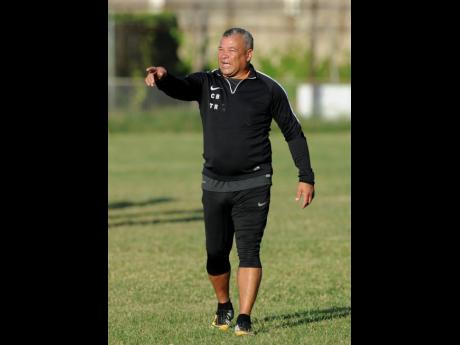 JFF President Michael Ricketts announced the decision to end the current season at an online media conference on May 15 because of the coronavirus pandemic.

Resulting from the decision, a champion will not be declared in the Red Stripe Premier League (RSPL), while no promotion or relegation will take place this season, with the current 12 teams retaining their rankings and spots in next season’s competition, which is scheduled to start in September.

However, Butler believes that more time could have been given before taking such an action, saying that the decision will not benefit the players.

“I don’t believe that the RSPL should have been cancelled. I think that a lot of people make their money from playing. I think that football players are not better off for it. They will lose fitness. I think there’s a lot that needs to get done, and I think that [the decision] was premature,” Butler told The Gleaner. “They should have waited a little bit.”

There were four games remaining in the regular season.

The Premier League Clubs Association (PLCA) was attempting a return in July. Letters released recently revealed that PLCA Chairman Mike Henry, in the days leading up to the cancellation, requested testing for all players from the Ministry of Health and Wellness as a prerequisite for the league’s return. Additionally, just one day before the announcement, Henry sent a letter to Ricketts seeking feedback from the JFF on their position.

Butler says that the season could have been salvaged, as he believes the nation has been managing the local spread of the virus well.

Criticism of the decision has also come from some of the participating teams, with Mount Pleasant and Harbour View among those voicing their disappointment with the cancellation, while officials from Dunbeholden, Arnett Gardens and Cavalier SC have expressed support for the move.