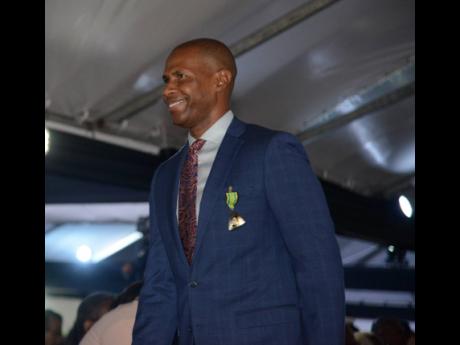 MVP Track Club President Bruce James, says that athletes at the club could compete in international meets this year provided that certain objectives are met to guarantee their safety.

With other sports around the world already returning to action after being affected by the coronavirus pandemic, World Athletics in May released a provisional schedule for a shortened 2020 Diamond League and Continental Tour season, which is scheduled to begin on August 14 in Monaco and conclude on October 17 at a location in China, which is to be determined.

This after several meets were either postponed, rescheduled or cancelled due to the virus.

James says that the participation of MVP athletes, which include double Olympic sprint champion Elaine Thompson Herah and multiple World and Olympic champion Shelly-Ann Fraser-Pryce, would be determined by the easing of travel restrictions, as well as their satisfaction with the health protocols that the meet promoters have in place.

Jamaica’s borders were reopened on June 1 for repatriation purposes, but will be open to all international travel on June 15.

According to World Athletics, meet organisers will determine the format of the competitions and make those announcements two months before the scheduled event, in order for the necessary protocols to be adopted by local governments.

James, who is also a registered athlete representative, says that it will be necessary to receive assurances from airlines, as well as the host countries and cities, before any decision is taken to commit an athlete to a meet.

“We have to know what the airlines are doing to provide protection for all travellers and then the various country protocols. Some countries are still having increases in COVID-19 [cases], and therefore we may choose not to go to a country that has not gotten the COVID-19 matter under control,” he said.

Additionally, James says that they would need clarification on testing protocols.

While specific meet details have not been determined, James, however, supports World Athletics’ efforts to still have competition this year.

“They are trying to salvage something of a season for 2020 and I think that is the right direction; and, of course, I expect that they will do everything to ensure that they protect the athletes, the coaches, the officials, and the spectators if they are able to put together these series of meets this year,” James said.