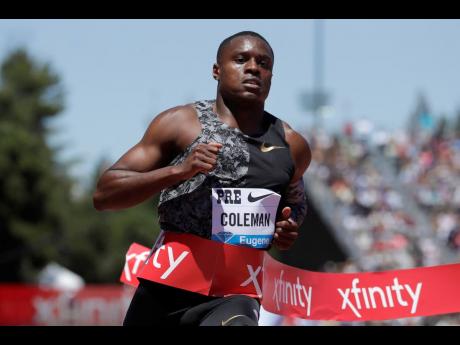 World 100m champion Christian Coleman revealed that he is facing a possible suspension from competition for missing a doping test.

The 24-year-old American released a statement on Twitter yesterday disclosing the details of the alleged offence which occurred on December 9, 2019. He said that he has been appealing the decision for the past six months and that the circumstances surrounding the alleged violation are unjust due to poor communication on the part of the Athletics Integrity Unit (AIU) tester.

"Don't tell me I 'missed' a test if you sneak up on my door...without my knowledge. Knocked while I was Christmas shopping five minutes away at the mall (I have receipts and bank statements) and didn't even bother to call me or attempt to reach me," Coleman said.

It is the third time that Coleman has missed a doping test, an offence which carries a maximum two year ban from competition if this occurs within a 12 month period.

The United States Anti Doing Agency (USADA) recently dropped charges against him last September for "failing to disclose his whereabouts". The charge was dismissed on advice from the World Anti Doping Agency (WADA) allowing Coleman to compete in the World Athletics Championships last year in Doha, where he won the 100m title in a world leading 9.76 seconds.

Coleman took responsibility for a missed test on January 16, 2019, and made reference to a 'filing failure' on April 26, 2019, but criticised the AIU process as being malicious in nature.

"I have nothing to hide but it's not possible to show that if I am not even given a chance to. I support WADA, USADA and AIU to keep athletes and competition fair and clean," Coleman said. "But the system must change. I thought the point of the organization was to keep the sport clean by testing everyone and catching cheaters. Not attempt to catch people when they are not at home and make no attempt to actually test them and mess with the livelihoods of people who are clearly not doping."