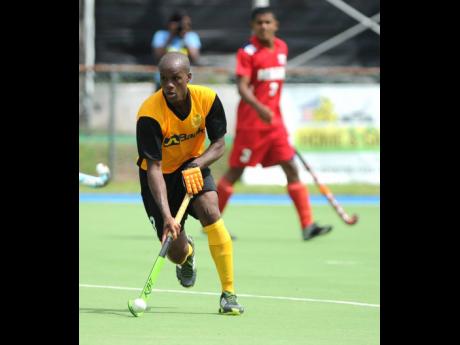 JAMAICA HOCKEY Federation (JHF) President Fabian Stewart said that for the national teams to qualify for the Olympic Games next summer, they first need to prove they can compete effectively against the top teams at the Central American and Caribbean (CAC) and Pan American Games.

“The route to the Olympics for our sport is extremely difficult and challenging,” Stewart said. “Field hockey is among the top five to top 10 played sports globally. Although it is just becoming a professional sport, which means there are many countries that have invested million of dollars in terms of the technical preparation for teams trying to qualify for the Olympics.

“We have the potential, and what we have been trying and what [we] would be proud to even be remembered for or even remotely considered in the conversation for, is preparing the basis for us to matriculate into top four in the Pan American or CAC Games. After that, we can look to see how we can challenge for a spot in the Olympics.”

Stewart said that it was much easier to qualify for tournaments and compete for titles in the 1980s, as there were far less countries competing then.

“In the ’80s, there were 12 countries in the Pan American and CAC region,” he said. “Now there are possibly 40 countries in this region, including countries like Brazil and Panama, so the road to the Olympics has become more difficult and requires really serious investment, not just in human resources.

Stewart says one of the ways the JHF is trying to improve the standard of local players is to get the young players into overseas university on scholarships or into more professional European leagues.