Ahmad and Wehby on Liverpool win 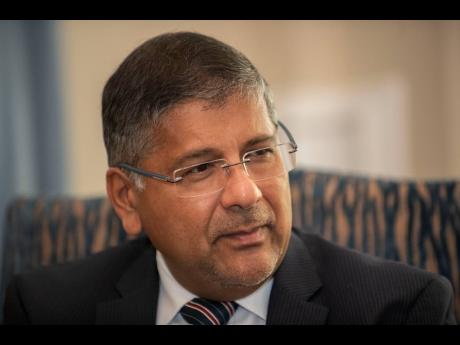 Liverpool FC were crowned champions after defending champions Manchester City, who needed to win to keep the title race alive, lost 2-1 to Chelsea at Stamford Bridge.

Ahmad and Wehby, both lifelong Liverpool fans, were happy to see their club claim the status of the best team in England after three long decades.

Ahmad says they have the pieces in place to go on and create another dynasty, as in years past.

“It’s been a long time coming, and the pieces are present for the start of this decade to create a dynasty like that of the ‘70s and ‘80s,” he said. “Big up to all genuine Liverpool supporters. You’ll never walk alone,” he added.

Wehby said he followed the club since 1987, but became a die-hard Liverpool fan because of Jamaica-born England winger John Barnes, who played for the club between 1987 and 1997.

“I am elated that Liverpool has won their 19th England Division Championship after 30 years. I have been a fan of Liverpool since 1987, which is 33 years now,” he said.

“I went to St George’s College with John Barnes, who left and migrated to England after second form. I followed him to each club he played for and, in 1987, he went to Liverpool and left the club in 1997. However, by that time, I was a die-hard fan of Liverpool and have been following them since then.

“What has made it (relationship) even more special is that our (GraceKennedy) partners, Western Union, are the main sponsors of the Liverpool Club. I also believe that Jürgen Klopp is a great coach and tactician, and many CEOs in the corporate world can learn a lot from him.