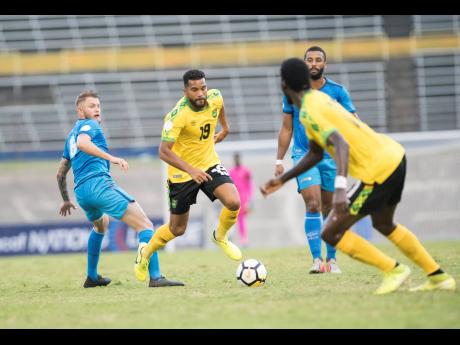 Jamaica Football Federation (JFF) competitions chairman Gregory Daley says, despite expected changes to the FIFA World Cup qualifying format, the Reggae Boyz will not be “disenfranchised” from the final round of qualifying.

The announcement means that the final round of the Concacaf World Cup qualifiers, also known as the hexagonal round because it features six teams, will no longer start in September as previously scheduled. The changes come because of the COVID-19 pandemic.

Daley says that, despite the announcement, he does not expect any changes to Jamaica’s standing regarding the final qualifying phase for the 2022 World Cup in Qatar.

“What I do know is that, whatever decision that comes forward, Jamaica will be in the last stage in whatever shape or form,” Daley told The Gleaner.

Jamaica are fourth in the region, based on the FIFA World Rankings, and would have qualified for the final round, but the latest announcement has placed uncertainty as to the how the qualifiers will be contested going forward.

Concacaf welcomed FIFA’s decision on Thursday and said that it is now working towards a new format for the competition.

“The challenges presented by postponements to the football calendar and the incomplete FIFA rankings cycle in our confederation mean our current World Cup Qualifying process has been compromised and will be changed,” a Concacaf statement said. “We will now work with the new framework provided and liaise with FIFA to finalise a new World Cup Qualification format for the Concacaf region.”

Concacaf president Victor Montagliani has previously hinted that a change to the format could be possible because of the uncertainty that the pandemic has brought to the sport, which could include adding teams.

Daley said that, while he is unsure of the direction in which the confederation will go, such a proposal would not be challenging to execute.

“From a competitions standpoint, it’s not difficult to do, because, when you add teams, you can zone them and you can have less games being played,” he said.

“I don’t know the way they are going, but I know that it’s not far-fetched.”