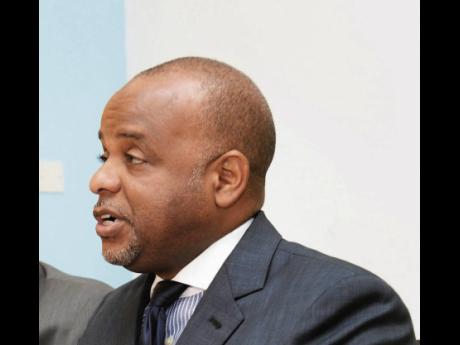 Chairman of the Jamaica Anti-Doping Commission (JADCO), Alexander Williams, says the organisation is in the process of amending its rules to incorporate, in some form, the World Anti-Doping Agency (WADA) Athletes Rights Act.

Williams believes the act will benefit local competitors as they go through their anti-doping procedures and expects to submit drafts this week.

The WADA Athletes Rights Act, which goes into effect on January 1, 2021, was prepared by the WADA Athletes Commission and is intended to improve the framework for safe and fair anti-doping protocols, as well as increase the role of athletes in developing policy and participating in the decision-making process on matters relating to anti-doping.

“I am actually in the process of finalising that (JADCO rule amendments) now. I expect to at least be in a position to submit the drafted proposed amendments to WADA tomorrow (yesterday),” Williams told Gleaner Sports.

Among the amendments to be included is the issue of athletes representation in anti-doping policymaking. While this is not a requirement outlined in the WADA International Codes and Standards, the WADA Athletes Rights Act encourages local anti-doping agencies to allow athletes to be consulted in the creation and modification of the anti-doping rules, noting that it is fair and right that athletes have a voice and a right to participate in the governance of any anti-doping organisations that they are subjected to.

Among the options being considered by JADCO is the creation of subcommittee of athletes that would make recommendations to the board with another option being having an athlete sit on the JADCO board.

Williams, however, warned that a balance must be maintained to ensure fairness and credibility.

“We need to be mindful of not getting back to a situation where WADA says there is a conflict of interest because you have too many athletes or entities represented on the board,” Williams stated. “I am looking to see which is the better route to go about it.”

Another recommendation from the act was for athletes to have legal aid assistance in dealing with anti-doping hearings.

Williams says that aspect would not have been explored enough to have been added to the draft but will be further discussed later in the year.

“Quite frankly, I don’t know how far we can go with that particular benefit. I strongly suspect that we are going to have to give it further consideration,” said Williams. “I’m pretty sure that we won’t be able to meet that in a proposal for tomorrow (yesterday), but it is something that we certainly will take into account in the latter half of this year.”

Williams hopes that with local athletes now having an understanding of what their rights are regarding anti-doping measures and education, that it will benefit them in the long run in the broader fight for clean sports.

“I think gone are the days when athletes won’t fully understand the need for whereabouts filing or when a failed test takes place or a missed test takes place. I hope those days are behind us,” Williams shared.