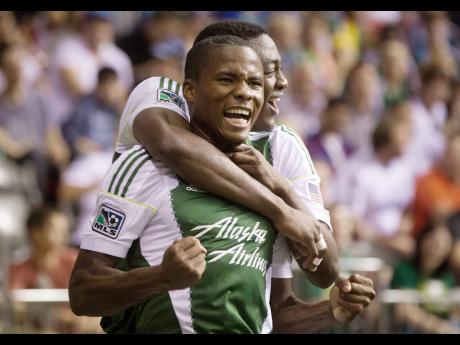 Wallace described the MLS as a good stepping stone for Jamaicans looking to make the breakthrough into Europe, pointing to improved salaries, players, coaching staff and stadiums in the United States, compared to a decade ago. He, however, warned that careful consideration must be given when a player is deciding where to play.

“It’s a good opportunity for Jamaican players to get into the league (MLS). If you do really well, it can elevate your career for a move to Europe; but if they are good enough to go straight into Europe, they should. Most (European leagues) are at a higher level than Major League Soccer, so if you are good enough, like (Leon) Bailey or Shamar Nicholson, and you have that opportunity, you should,” said Wallace.

“It’s better if Jamaican players can go to a smaller club in Europe, where they are going to play. The top leagues around the world are looking to players to come and contribute after players have had experience. So I am hoping that this is the path that they choose,” he added. “But you don’t want to go to a club where you are not going to get minutes, not going to be seen, and not being developed. So they (players) have to be smart (in) how they choose.”

Former national team captain Marshall credited the MLS for helping to develop Jamaican talent, but believes regional players are being marginalised in preference for South and Central American talent.

A STEPPING STONE FOR GROWTH

“The (MLS) league platform is definitely a stepping stone to continue their growth and development to get to Europe, if their goals and aspirations are to get to the top leagues. MLS has grown tremendously and is in our backyard. It’s a quick flight to the US, as opposed to England or Europe. If you bring a Jamaican player to the US, he will be more familiar with the surrounding, he speaks English, and he has family who lives somewhere in the US that can jump on a plane and reach him in a two-hour flight,” Marshall stated.

“In Europe, they may not speak the language and communication is a little more chaotic, so it’s a bit more challenging. The US market has been a great help to Jamaican players who are trying to make it to Europe,” he reasoned.

MLS returns tomorrow with a behind-closed-doors tournament in Orlando, Florida.