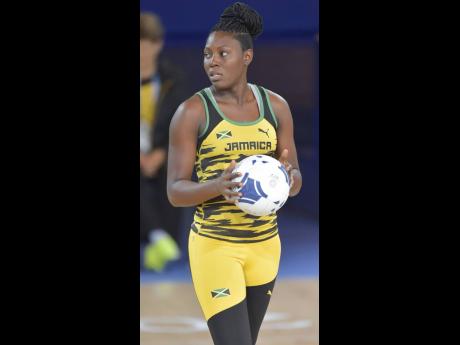 Former Sunshine Girls captain Vangalee Williams, who recently announced her retirement from the national team, pointed to personal factors and a lack of motivation, while denying that her poor relationship with new coach Connie Francis impacted her decision.

Williams, while admitting that she and Francis aren’t the best of friends, says she respects her as a coach, but pointed out that over the last year, her work at the National Housing Trust has become priority, and as a result, she no longer had the will to match the demands of international netball.

The 28-year-old initially announced a one-year sabbatical, which started last August after the Netball World Cup, but decided to end her international break when the team started their online training programme in June due to the coronavirus pandemic. However, after a few weeks back in the fold, she pulled the plug on an international career that spanned nine years.

“I started the (online) programme as part of the squad coach Connie coaches. We (Francis and I) are not best friends but there is no ill feeling for anything. She is the coach and I’m the player and that’s about it. There are no issues with her. They started training and I decided that instead of waiting until August when my one-year (break) would be officially over, I would start in June,” Williams shared.

“I trained over one month. I did the first and second week all right, but by end of June, I started having feelings I wasn’t comfortable with. It made me sad and I didn’t want netball to make me sad, I want it to make me happy,” she reflected. “I have been doing this since 2011. I struggled to go the last World Cup because it was really tough getting up to put in the work because a lot of (personal) things were heavy in the background. So after the last World Cup, I asked if I really needed to continue. So I am pretty sure it’s the right time and there is no ill feeling towards anybody.

“I wanted to go Commonwealth Games and World Cup and I managed to go both twice, and I have given my best and done all I could, and whenever my mind is made up or is not into something anymore, there is nothing I can do.”

Williams noted that not winning a senior gold medal with Jamaica will remain a regret, but underlined that she was satisfied with her contribution and success in the national colours.

“The gold medal is something one aims for but I can’t be ungrateful for my individual accomplishments. I played professionally, I have been to every Test series since 2015, I was captain and vice-captain. So persons who are saying I have more left or those saying I am selfish to retire, they don’t know everything that goes into being an elite athlete, the wear and tear on the body, so if one decides not to do it anymore, they should support it,” she commented.

Williams will continue playing domestically. She represented the Sunshine Girls in over 50 matches and won a gold medal with the U-16 team, an U-21 bronze medal, two senior bronze medals at the Commonwealth Games and two silver medals in Fast5 netball.

Meanwhile, Francis, who weighed in on the decision, extended best wishes to Williams.

“She (Williams) made her decision and I wish her all the best. Some of us were able to retire and come back, some wanted to play longer and weren’t given the opportunity, and some of us leave early or leave when they think it’s best,” she said.