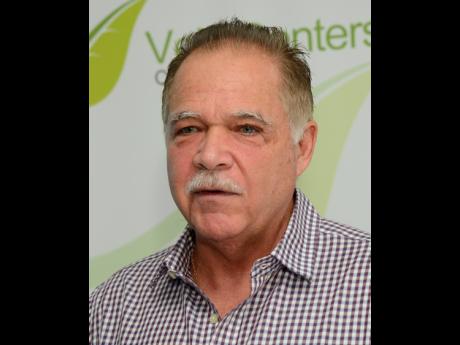 FINA recently announced they have earmarked US$6 million to help athletes aiming to compete at the rearranged Tokyo Olympics next year. According to reports, US$4 million will go to 160 national federations, while US$2 million will be paid to athletes who participate in the FINA scholarship programme at FINA training centres or facilities in their own countries. The sum of US$460,000 will be paid to the five continental organisations.

However, Lyn pointed out that they had already sought assistance from the mother organisation for support to athletes and have received some help. He noted that they weren’t able to provide assistance to all the athletes in need and that any support received will be used to help those not included in the first set of recipients.

“We have already applied and gotten things from FINA, and FINA has agreed to give more funds worldwide to various organisations to help athletes in the downtime. We have already gotten funds from FINA, so we intend to apply for some of the new funds to support other athletes who did not get any help from FINA.

“This is a much bigger help and will include others that originally were not been included. For example, diver Yona (Knight-Wisdom) did not get any FINA funds, so now we will be applying for him and other swimmers who are at a high level and aiming for World Championships and Olympic Games,” Lyn noted.

Lyn says this gesture can help take local swimmers to that next level.

“We have more potential at the higher level than our regional federations and we are putting things together to apply for more help. I am not sure they (FINA) will accept multiple applications. We are certainly going to try for the athletes. Then we are going to apply for help for coaching clinic, artistic swimming, water polo or other elements, something that will benefit right across the board rather than a specific athlete,” he added.

“All athletes, elites, medal prospects as well as less experienced athletes from developing countries are trying to achieve Olympic qualifying standard. We have a few of those and the funds could go a far way in these swimmers accessing more competitive meets,” Alvaranga said.

“We should identify at the council level the swimmers who are closest in qualifying time and help them to make these times. If we put resources into training and expose them to higher level competition, they should be able to achieve Olympic qualifying time. So it’s a very good move by FINA and I will look to the ASAJ to bring this before the council so we can select swimmers that need help,” he added.

Lee says Jamaica’s young swimmers are the best in the region and just need high-level competition to make them competitive internationally, and she is convinced the FINA fund is the catalyst they need.

“All our top athletes are winning in the Caribbean and as national coaches, our goal is for our athletes to excel outside of the Caribbean. So we are moving towards exploring outside the Caribbean. Our athletes are right there on the edge and what they need is the opportunity to compete and this type of funding is what we need to take us to the next level.

“We can beg and borrow to compete in the Caribbean but to take a team of eight people to Budapest is very costly and we have no corporate sponsorship and our federation doesn’t have it. So this is the exact opportunity we need to go outside the Caribbean and into the wider world and start competing,” Lee said.