Taylor made? - JFF weighs up US coach for women’s programme 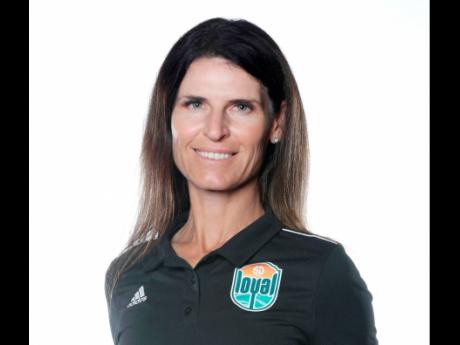 Wint noted that while she was recommended by interim Reggae Girlz head coach Hubert Busby Jr, and that she may very well come in at a later date, no official application has been submitted by the history-making coach.

News of Taylor’s involvement came after an interview on BBC where she announced she had joined Jamaica’s women’s programme as a technical consultant.

“It hasn’t reached my desk. Normally a recommendation and an application is sent through to the technical department and an assessment is done and a recommendation is then made to me to have a discussion with this individual for employment to be arranged. That has not happened. I just heard it over the news and an email was sent to the technical director but no formal thing was sent,” said Wint. “That is not the way we go about seeking employment. It’s a bit unfortunate and untidy but it’s not the first time people say they are a part of a programme that they weren’t actually a part of.”

Nevertheless, Wint, who shared that Taylor has been providing some degree of assistance to the federation, noted that she will be considered for a more defined role if she fits into the JFF’s requirements.

“The assessment is made by the technical department. It’s not what you have, but what is required. So it depends on what she has to offer and what we are requiring. He (Busby) can make recommendations. But it is not everybody that offers themselves, the JFF will entertain. There is a process and we have received nothing official,” added Wint.

“She (Taylor) has been helping myself and other staff put some initiatives in place. Things got misconstrued because of her interview about her consulting with the programme, but we are in the initial discussion, nothing has been finalised,” Wint said.

Taylor is the first woman to coach a US men’s team after she was hired by former US international Landon Donovan, owner of San Diego Loyal, as an assistant. However, she surprisimgly quit after just two games and announced she was joining the Reggae Girlz as a technical consultant.

Wint believes that if Taylor joins the programme, she will bring a wealth of value to the overall development of women’s football in Jamaica.

“They (JFF) are aware of her but nothing has been formally proposed. They are going to go through the processes but we are just in the initial phases. We are working with another set of eyes to look at some of the things we are trying to put together before we submit to the technical committee. She will be a valuable asset but she has to go through the right protocol and the (technical) committee has to rubber-stamp that final approvement.”

“From her pedigree you can see she is highly capable. She provides a lot of different assets, coaching education, coaching and administration. Plus provide opportunities for local women’s coaches and former Reggae Girlz getting involved in coaching. Carrie will be a great asset to them as well as the programme because she has coached at the highest level,” Wint added.