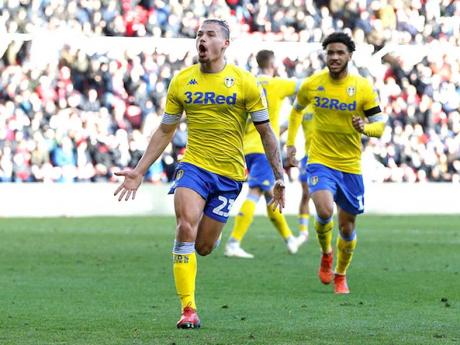 Phillips, nicknamed ‘Yorkshire Pirlo’ by Leeds fans because of his similarity in playing style with former Italy midfield legend, Andrea Pirlo, recently led Leeds back to the English Premier League for the first time in 16 years.

England’s manager, Gareth Southgate, has reportedly been keeping an eye on the 24-year-old but Simpson is hoping that the midfielder will choose a more secure international future over the lure of the England shirt.

“I have not made contact with him but one of our agents in Europe made contact on our behalf. At the time he was focusing on Leeds’ possible promotion to the premiership but he did acknowledged his Jamaican roots and based on the feedback I have received, talks are ongoing,” Simpson declared.

Phillips’ father was born in Jamaica.

“We are aware of what his options are but it is the decision of the player. Usually when players are making these kind of decisions, they look at the pros and cons and past (English) players I have engaged, have said the possibility of consistently playing for Jamaica at the international level far outweighs that of playing for England with so much competition from players. But it is his personal decision,” Simpson contends.

“The onus is on us (JFF) to press on and try to get something decisive from him. The fact that the possibility of playing for England has arose, we have to press on. We can only offer what we can offer but at the end of the day, the decision will be his,” he continued.

Phillips started his career as a box-to-box central midfielder before he was converted into a defensive midfielder by Leeds coach Marcelo Bielsa. He is known for his range of short sharp passing, long ball distribution and ability to start attacks while covering his defensive duties. He has been described as a key player in the Leeds team.

Meanwhile, Simpson added that their search to improve the team will continue and that they have also made contact with a few other (England-based) players they are looking to invite.