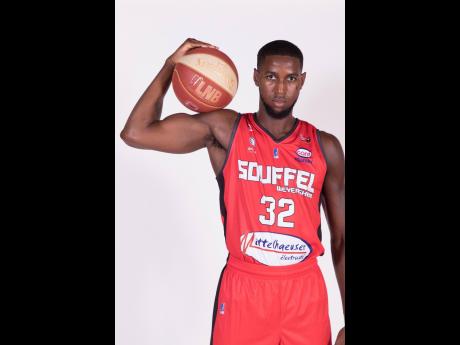 Since leaving the University of Connecticut in 2017, Jamaican basketballer Kentan Facey drifted around for a couple seasons before joining French Pro-B league club Souffelweyersheim at the beginning of last season.

Facey had an outstanding first season with the club, averaging 11 points and eight rebounds, and with the new season just on the horizon, the Trelawny native is looking to improve on what he did last term.

“Last year was good for me personally, as well as for the team. It was their first year in a higher division. The previous year, they won the lower league and got a chance to move up. The expectation was very high once the season started and I started out really well, so my expectations kind of changed as the season went on. I took on a bit more responsibility and I was able to contribute on the offensive and defensive side of it. So, personally, it was a good year, as I got to show what I could do on the court,” Facey said.

Souffelweyersheim were sitting in one of the play-off spots when the previous season was cancelled, with Facey being one of the team’s outstanding performers during the club’s bid for a play-off berth. However, despite his increasing importance to the team, he has no intention of getting complacent.

“I felt I performed at a solid level last year, but there is always room for improvement. Now that I have a bit more experience in this league, it’s for me to help the team as much as I can, and I feel I can use this season to improve and show more of what I am capable of doing in terms of being a leader and a player that can contribute on the offensive and defensive end.

“I believe I can step up to that leadership role, being someone who my teammates listen to. I also try to impart some knowledge that I learned last year to some of the new guys playing in the league for the first time,” Facey noted. “But my goal (this season) is not to go below what I did last year. I will try to go upwards with those numbers. And even though I haven’t set targets, I know I don’t want to go below the numbers I had last year.”

The 27-year-old said they had a great team that could have challenged for the title last season, and with a team that many observer believe is better this season, he thinks they have an opportunity to make a big impression.

“When the pandemic came we were in a play-off position, and at one point we were first. But when we stopped we were fifth, so we were in a position to make the play-offs. I think we have a real good team this season. Some might say we are better than last year, but that will be decided as the season goes along, as talent on paper does not always equates to talent on the court. But I feel we are in a good spot to make another play-off push,” he said.