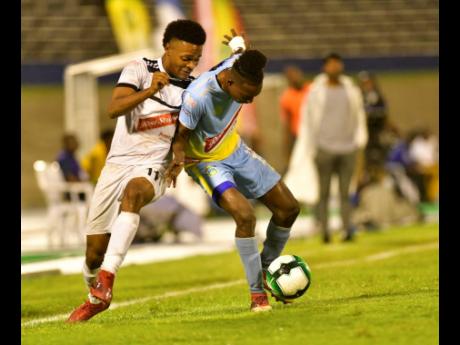 For the upcoming National Premier League season, Cavalier are looking to add a bit of international flavour to their squad, with Alex Marshall set to return on loan from Canadian Premier League (CPL) club Halifax Wanderers, while St Lucian defender Melvin Doxilly has been acquired from Trinidadian club W. Connection.

Marshall recently helped the Wanderers to the final of the CPL, where they lost. However, Cavalier’s Sporting Director Rudolph Speid revealed that the Canadian club will allow the Jamaican attacker to play in the local league in order to get game time.

Meanwhile, the 22-year-old central defender Doxilly is expected to add some stability to a team full of youngsters this season.

“We are working on it (Marshall’s deal) but it has not been confirmed as yet,” Speid said. “It is well advanced, even though it’s not a complete certainty. But it is more than 60 per cent advanced.

“We are also trying to get another overseas-based player from St Lucia, Doxilly. He is a centre half and a St Lucia national team player, and we expect him to add some strength and experience to our defence,” Speid declared.

He also expects the pair, along with other senior players like Chevone Marsh, to play key roles, but admitted that the technical staff will have it’s work cut out for them, given the lack of experience in the squad.

“We are hoping they (young players) can learn from him (Marshall) and the others fast. The technical staff will have to be on their toes from day one to bring this team through, because it will not be easy. We have to get them accustomed to the Premier League, as they are stepping up and it is going to be difficult, but we have to take this chance,” he said.

The club currently has 19 players aged 20 years or under from a squad of 30, after adding a number of new recruits to their already impressive cadre of young talent.

“These players have no professional experience,” he noted.

“So this season is going to be hard but these players are the next generation of players that will try and make the national team for 2026/2030 World Cup. These players won’t be getting into the 2022 squad, but once they get the experience, it will improve their chances, and that is why we have gone for such a young squad,” Speid added.