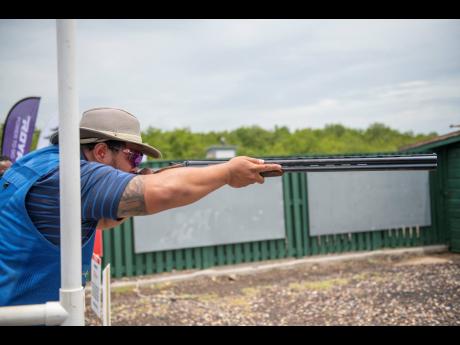 File
Alex Cunningham lines up a shot during a charity sporting clays event held at the Jamaica Skeet Club on Sunday, May 26, 2019. 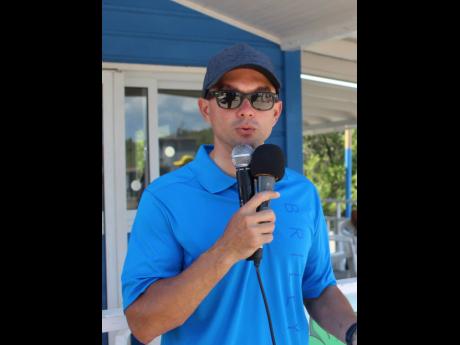 Samuda outlined a number of dramatic changes that have already been implemented in order for competitions to take place during the coronavirus pandemic.

The changes include competitors shooting in two batches, morning and afternoon, while participants will also not be allowed to linger or socialise on the compound as they will have to exit the venue as soon as they complete the course.

Meanwhile, presentation of awards and prizes will be made privately to individual winners at a later date.

“Typically, our events are social events, where folks shoot and then stay back and socialise. Unfortunately, because of the pandemic we cannot allow that. We have made adjustments in keeping with the health and safety protocols from the Government, and we have adjusted significantly to ensure there is no crowding, groups, or gathering and only a specific number of people can access the club to participate in the event, and they must vacate immediately after finishing,” Samuda said.

“We will coordinate privately with the individuals, as we wouldn’t be able to host a presentation in the traditional manner. But a benefit of not having the presentation after the event is that we will be doing personalised trophies because we now would have known who won,” he continued.

He added that normally, there’s just one rotation, where everybody start and finish at the same time. However, due to Government safety guidelines, they will be having two rotations instead. The first running from 9 a.m. to noon and the second starting at 1:30 p.m.

“Half of the participants will start in the morning and then leave right after they finish shooting, and then we’ll prepare for the second set. The transition between the first session and second session is two and a half hours, and that will ensure there is no crossover between the two sets,” he added.

Samuda admitted that the Tony Kelly competition is not the most popular event, but expects participation to increase for the Bernard Cridland Memorial tournament, which is set for November 1.

“Typically, we see 50-60 shooters participate (each tournament) but I do believe there will be a reduction for this one. Even though skeet is what the skeet club was founded on, it is not one of our more popular disciplines. Our first sporting clay discipline (of the season) has been the most popular event over the last few years, the Bernard Cridland event, which takes place on November 1. It was scheduled for (October 11) but (the event was rescheduled) to November 1, so I am hoping we will see a great turnout then.

“But we are cognisant of the environment we are in and we would like it to be a slight reduction. But our members are very passionate and eager to compete and I have no doubt we will continue to see their support, albeit slightly reduced,” added Samuda.