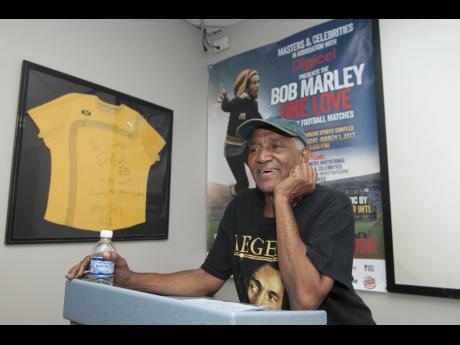 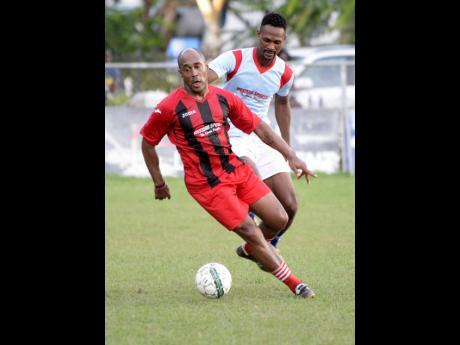 File
Former national footballer Wolde Harris turns away from his marker during their Bob Marley One Love exhibition football match at Winchester Park in Kingston on Monday, October, 15, 2018.
1
2

There will be no playing of the annual Bell/Ziadie Masters and Celebrities Memorial football event this year because of the COVID-19 pandemic.

However, event organiser Clive Campbell said this year’s five awardees will still be fêted today at the St George’s College auditorium at 11 a.m.

“These gentlemen have done a lot for football and should be recognised,” Campbell said. “We will be making the presentation to them on Monday, but because of COVID, we will not have a lot of persons there.

“We will have the five honourees, media persons, and others like myself, Andrew Price, and Karl Chang. So the show must go on.”

Campbell said it is not the first time football is not being played in this series of Masters and Celebrities games, which include the ‘Bring Back The Love’ and the ‘Bob Marley One Love’ exhibition matches.

But not having this activity and the support of spectators will affect the ability to donate proceeds to charity, as was done each time the event was held over the last decade.

“Things are a little pressuring but we’ll survive it, so we have to make a couple donations,” Campbell said.

He is hoping that football will resume before the Bob Marley One Love event in February.

“Labour Day (this year) was supposed to be ‘Bring Back The Love’ and we were to honour Mount Pleasant’s Peter Gould, Danny Beckford (St Ann Football Association president) and Evon Hewitt (sports presenter) of Irie FM.” Campbell said.

“I don’t know when football will be played again, but we hope it will be sooner rather than later. Hopefully, it’s before the ‘Bob Marley One Love’ on Ash Wednesday.”