‘Optimistic and positive’ - Waterhouse hopeful ahead of Concacaf assignment 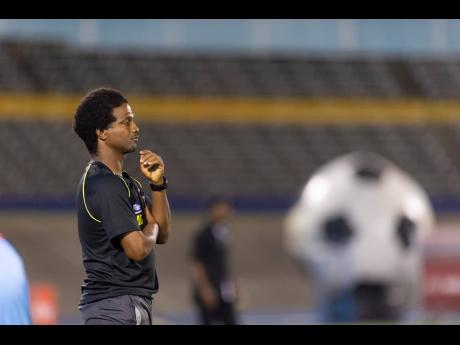 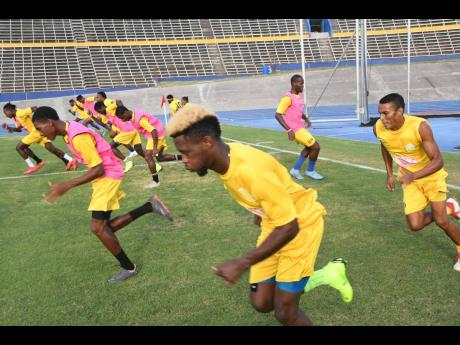 File
Several Waterhouse players go thorugh their paces during a training session at the National Stadium on August 21, 2019.
1
2

Despite not playing any competitive football for seven months, Waterhouse Football Club will go into their Concacaf League quarter-final against Arcahaie of Haiti on November 5 at Stadium East with a lot of hope and optimism, says coach Marcel Gayle.

Nevertheless, the tactician is hoping his team does not suffer a similar fate to Verdes of Belize, who were down to face the Haitians in the previous round but were eliminated by default after a significant number of their players contracted COVID-19.

“We did some testing already but we have a final testing to do three days before the game. After that, we can give a proper account of what we will have. So three days before will give enough time to get ourselves together but the reality is that we can only hope that everyone will be okay. So hopefully everything goes well and we will be good for the game,” Gayle commented.

The 2018-2019 Red Stripe Premier League (RSPL) finalists were sitting atop the league when the 2019-2020 season was cancelled due to the spread of the virus, but they have since lost Tremaine Stewart, captain Keithy Simpson and goalkeeper Diego Gordon, players who were key to their performance over those two seasons. Coupled with the fact that the team has not played since March, Gayle knows his team is facing an uphill task.

“It is not business as usual because the pandemic is affecting the world, so we have to adjust to that. At our (training) session we would (usually) have more players but we have had to limit it based on the guidelines the Government has given,” said Gayle.

“We would have loved some (practice) games before but based on the Government stipulations on gatherings, we don’t want to go and take that responsibility on ourselves, because health comes first and we want to put no one at risk,” he added.

He pointed that the Haitian League was nine rounds into its season, which will give the visitors a distinct advantage, but he insists they have done enough to give themselves a fighting chance.

“It (no games) is going to be a problem for us, but we trust that what we are doing is enough to get us over the line. It is one leg and a knock-out, so we will have to go out and be the aggressor from the first ball to the last kick in order to win the game,” said Gayle. “We have young players who want the opportunity and this is the right time for them. We have acquired Fabian McCarthy and Roshane Sharpe from UWI and Ryan Wellington from Portmore, three experienced players who have played the Concacaf League before. They come with a lot of experience as Fabian also has national experience. Young Rohan Beetle from UWI has also joined us and if they get that synergy with the other players, I feel we can do a bit better.”

“We been through that waters and we know what we are up against. So we are optimistic and positive as the ambition is to go all the way in this competition. So we are going to go out and press from ball one and hopefully, we get the result we need to carry us through,” he added.

Waterhouse made it to the quarter-finals of last season’s competition where they were eliminated by Honduran club Motagua 2-0 on aggregate.

Meanwhile, the Jamaica Football Federation yesterday announced that the Ministry of Health & Wellness had given approval for the staging of the game with certain health protocols in place. No fans will be allowed to attend.