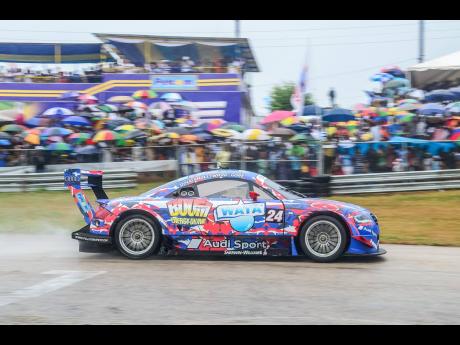 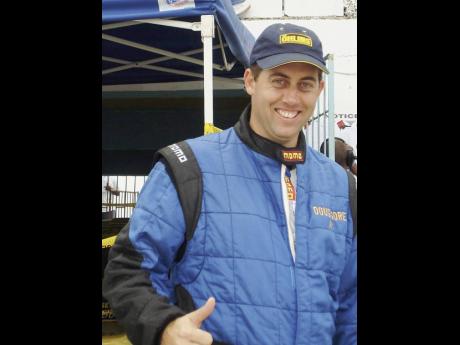 With no competition taking since the outbreak of the coronavirus pandemic in March, local racing car drivers have been reduced to basically testing their vehicles.

However, this weekend, local driver Doug Gore, along with OMSE, an auto racing rally team from Sweden, will put on the first real show when they test his Audi at Dover race track tomorrow and Saturday.

The OMSE team, which has constructed some new parts for the car, initially intended to travel to Jamaica to conduct the tests and get a glimpse of local competition, but that did not materialise because of COVID-19.

Nevertheless, the entire OMSE team including drivers, mechanics and engineers, decided to take a working vacation to the island to test the improvements they made to Gore’s car.

“Some new things were made for the car. They have finished them and they want to come down and install them and go to a test session,” said Gore.

“These guys from Sweden were supposed to be here when a race meet was to happen, but that could not happen because of the pandemic, so they will work on the car for a couple days; and over the weekend, we will go have some fun at Dover, testing the car, and some of their big race car stars in Europe will come and join them on this vacation,” Gore noted.

The entire Team MoBay unit, including son Tommy, will be out testing as well, but Gore was quick to point out that it is not an event, as the Jamaica Millennium Motoring Club has placed a restriction on all events.

“Team MoBay will be there. They also have been doing work on their cars. My son Tommy will be going out with his Honda Civic. He has made some changes to his car as well. So it’s a test session for Team MoBay cars,” he said

Gore said he is eager to see the new improvements made by the OMSE team.

“When I am talking to them on the phone, you can hear how upbeat they are. They are saying it is going to smash the track record, and they have a lot of good things telling me. There are some things they have done to the car to make it even faster, which I didn’t even think was possible. They said once they have installed what they are suppose to and test the car, they don’t see this car being beaten for 2021,” Gore noted.

“These guys are professionals, one of the winningest rally car racing team out of Europe, and for them to tell me that, is all smiles for me,” he said.

Gore, who recently got married, also cleared the air on the brand car he currently drives.

“This is the Audi that was built in (the Czech Republic), but it was branded as a KIA, so everyone branded it the ‘KiAudi’. But it’s an Audi,” he declared.