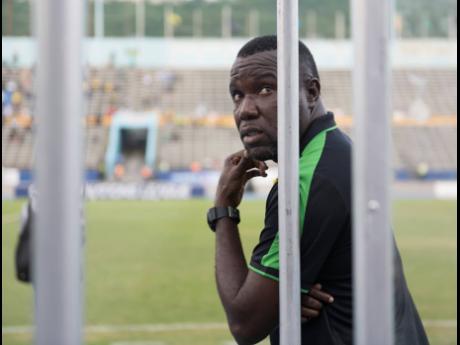 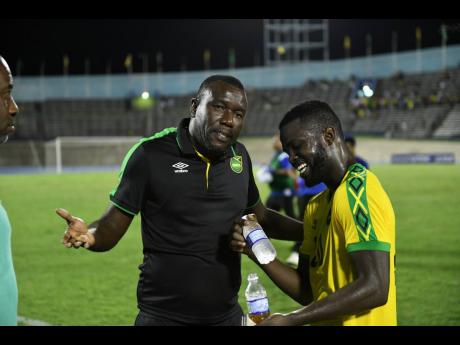 It was not a positive return to the international stage for the Reggae Boyz, as a schoolboyish defensive display saw the Jamaicans slumping to 3-0 defeat to hosts Saudi Arabia in the first of their back-to-back international friendlies yesterday, at the Prince Faisal bin Fahd Stadium in Riyadh.

It was hard to tell that both teams were playing their first match for the better part of a year, as only the Jamaicans showed significant match rust, as Salem Al-Dawsari (10th), Saleh Al-Shehri (44th), and Firas Al-Buraikan (77th) made the most of absolute gifts, to hand the Saudis a fourth win in their last five games. For them, it was a return to winning ways, after losing 1-0 to Bahrain in the Gulf Cup final last December which was, incidentally, their last international match.

For Jamaica, who had not played since a 2-0 victory over Bermuda in March this year, it was their first loss in eight games, and only the second time since a 3-0 loss to Uruguay in June 2016 that they had given up more than two goals in a game.

That is in large part due to the performance of the Gregory Leigh, Damion Lowe, Kevon Lambert and Kemar ‘Taxi’ Lawrence defensive foursome, with Lawrence directly at fault for the Saudis first two goals. The Jamaicans also failed to register a single shot on goal.

For local football analyst Clyde Jureidini, there was no surprise in the Raggae Boyz’s poor showing, given the lack of familiarity and experience within the squad.

“The whole team is a new team and the defence is short, and half of them have never played together at all, plus everybody is woefully short of match fitness, as was obvious to me,” said Jureidini.

Leigh was making his debut, while Lambert has nine caps for Jamaica.

“The performance was not a surprise to me. It was not Lawrence alone, because the entire defensive line is unfit and are below match preparation,” added Jureidini. “Taxi (Lawrence), as we know, is the one of the best wing backs in Jamaica, in the region and probably in the world, but you could see that he was not match fit and was making mistakes. So too was Damion Lowe, and so too Lambert, who was caught out too, and so it was three defensive errors.”

The problems started for Jamaica in the ninth minute when they conceded an early penalty after Lawrence was adjudged to have handled the ball in the box, as he rushed from his position in a Jamaican wall to block a free-kick attempt on goal.

Goalkeeper Dwayne Miller saved the initial shot from Saudi Arabian captain Al-Dawsari, but he could not prevent the follow-up from Al Dawsari, who finished from close range for the Saudis.

Jamaica did respond positively after falling behind and slowly began to cause the opposition problems as the first half progressed. Debutant Norman Campbell got the team’s first half-chance in the 25th minute, sliding to make contact on to a great low pass, which was blocked by a defender at the doorstep of the Saudis goal.

However, as both teams traded largely passive possession, the deficit was increased a minute before half-time, as a miscue from Lawrence led to Ayman Yahya dispossessing him before passing to striker Al-Shehri, who finished from close range for his first senior international goal.

Their fate was sealed 13 minutes from time, thanks to another defensive mishap, which this time led to a Saudi counter.

Abdullah Al-Hamadan eventually slipped the ball through to substitute Al-Buraikan, who tapped home into an empty net to pile on the misery for the Jamaicans.

Saudi Arabia almost added a fourth five minutes later, but the header from defender Ahmed Sharahili lacked power and was saved by Miller.

While Jamaica did have the ball in the net in the 60th minute, thanks to Bailey, it was ruled out as he was in an offside position when he received the ball.

The Saudis had the majority of possession, 51 per cent to Jamaica’s 49 per cent, and registered 11 shots with six finding the target. Jamaica had only three shots; however, none were on target.

The Jamaicans, who lost several members of their squad to COVID-19, will look for a better performance and result in the second international friendly between the two nations on Tuesday at the same venue, starting at 11:30 a.m. Jamaica time.