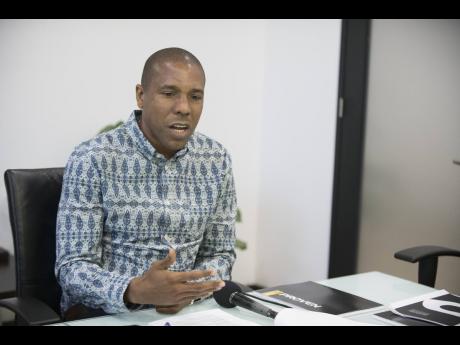 Chairman of Professional Football Jamaica Limited (PFJL), Christopher Williams, is appealing to the Government to grant approval for the restart of top-flight local football.

Williams says the recent support from corporate sponsors is a strong indication that the nation is eager for domestic football to resume, and that those in authority should find a way to facilitate the restart of the Jamaica Premier League.

“By the middle of January we expect to wrap up sponsorship, and so the focus is already shifting to approval for preseason training,” said Williams. “I am anxious to hear from the Ministry of Health (and Wellness) because it is clear that corporate and individual Jamaica want to see football back.

“I am appealing to the prime minister, the minister of sports and the minister of health. Football is being played everywhere and it can be done here. So I hope that they see that Jamaica is asking and begging for them to make it work,” added Williams.

The Ministry of Health and Wellness has twice rejected the Jamaica Football Federation’s safety protocol for the Premier League, leaving a big question mark over whether or not the league will be played at all this season, but Williams reasoned that with the guidance of the health ministry, they can start the competition early next year.

“If we are falling short with our protocols, please guide us, show us where we can improve and let us get this money that we have raised into the hands of the players, because the sponsors want that,” Williams stated.

“We have an operating budget that we believe we will be able to meet and, therefore, be able to execute a tightened version of the league. We have to get the players game time so that they can be sharp for the (World Cup) qualifiers,” he further argued.

Meanwhile, the PROVEN Management Limited CEO revealed that they are close to securing the remaining club sponsors, as well as the presenting and league sponsors.

“We are seventy-five per cent there. Negotiations are ongoing but with the size of these sponsors, we have to iron out everything, but the (PFJL) team is on it and I am confident that we will complete the sale of all commercial properties by the second week of January,” said Williams.

No football has been played locally since all sporting events were called off because of the coronavirus pandemic in March.