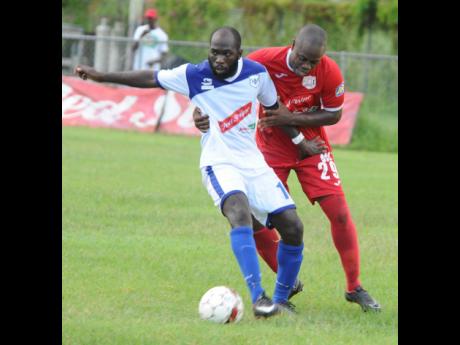 After an injury-stricken season in the Costa Rican premier division with A.D. Municipal Pérez Zeledón, former Reno ace, Craig Foster, is looking to rediscover his best form with El Salvadoran outfit Chalatenango, after his recent return.

Foster left Chalatenango for Zeledon in 2019 after an outstanding season with the El Salvador team, where he scored 10 goals in 18 matches. However, he tore his thigh muscle early into the campaign in Costa Rica last year and did not feature much for the season.

Although Zeledon did not resign him, he saw interest from at least two clubs, including Chalatenango, who he eventually decided to return to for a second spell. ”Now that I get this move to El Salvador, I want to see if I can get back to my best. I have fully recuperated and ready to play again.

“I was at the club before and I scored 10 goals in one season,” Foster recounted. “I am going back to El Salvador to revitalise myself and put myself back on the map, improve my physical health and get back to scoring ways.”

“I have a good understanding of how they play and they usually play to my strengths. The last time I scored 10 goals and I’m looking to surpass that,” he added.

Looking back at his time in Costa Rica, Foster shared that it was an experience of challenges and setbacks, but he is looking to put that behind him and make a push for the national team.

“When I was playing in Costa Rica, I got a serious thigh injury. I wasn’t able to play for more than half the season, so for most of the season, I was out and I didn’t really get to play any football,” he said.

“They wanted me to come back and play but I re-injured myself, so it ended up that it was three months that I didn’t play because the trainer was pushing me too hard,” he added.

Nevertheless, the 29-year-old has now fully recover from the injury and believes Chalatenango is the best place for him to regain his form and put his name back on the mind of national head coach, Theodore Whitmore.

“The aim is to do well consistently so the coaching staff can like what they see. If I get back to scoring ways and get a (national) call-up, I can get a chance, but overall I am really excited to be playing again,” Foster said.

Foster was Jamaica’s standout player in the 2011 Concacaf Under-20 World Cup qualification campaign, scoring eight goals. He was also the local Premier League’s top scorer in the 2014-2015 and 2017-18 seasons with 20 and 17 goals, respectively.