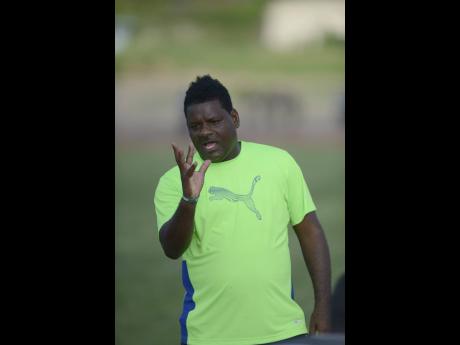 The information was yesterday confirmed by the club’s owner, Lothian Cousins, who also predicted that the coach will take the struggling team to the top of local football before his departure.

Duckie, who unceremoniously departed his previous job with Mount Pleasant Academy at the end of the 2018-2019 season, has been out of a significant coaching job since then.

Despite Duckie’s shortcomings at the title round, Cousins expects the tactician to deliver something he has not been able to manage in his long career so far – the Premier League title.

“I can confirm that Donovan Duckie is the coach of Vere United,” Cousins told The Gleaner. “He has been with us for quite a number of months now, and as a club, we are excited with the acquisition of Coach Duckie, who has thus far displayed that he is a very good man manager and a very professional coach.

“So I have full confidence in him and we expect that during his time here, we will be able to lift the Premier League title,” he added.

However, the fact that he has failed to deliver the ultimate prize, the Premier League title, has been a stain in an otherwise impressive career.

Nevertheless, Cousins is convinced that with time, the former national assistant coach can take his cellar-dwelling team to the pinnacle of local football.

“We expect Coach Duckie to be with us for many years to come. He’s an exceptional individual who we have a lot of confidence in. We know it takes time to build and so we are not rushing it. He will be with us for a number of years and he will do well,” Cousins stated.

The suspension of relegation from the Jamaica Premier League for the next two seasons will give the club the opportunity to develop young players, and he is pleased that Duckie is quite passionate about this aspect of the project.

“The JFF made the pronouncement that there will be no relegation this season, and we have a lot of young players from the parish and outside who have played at the national junior level. So our focus will be to develop the talent that we have and expose them, so they will be prepared for the future.

“Helping young players is his (Duckie’s) passion, so it is best for him to manage these players and help them to actualise (their potential),” he added.

Duckie led Waterhouse to the 2017-2018 Premier League final, where they lost to Portmore. He has also taken Humble Lion and Mount Pleasant to semi-final appearances.

At the point of the suspension of the 2019-2020 season due to the COVID-19 virus, Vere United were last in the standings, 11 points away from safety.