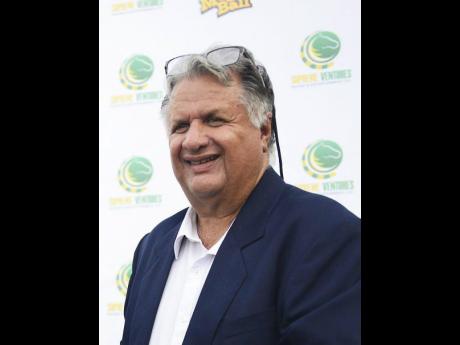 The local horse racing fraternity was in unison in wishing for the improved health of veteran trainer Wayne DaCosta, who was admitted to hospital yesterday after falling ill.

DaCosta is reportedly in the Intensive Care Unit at the University Hospital of the West Indies. However, the status of his condition is yet to be determined.

Jamaica Racing Commission (JRC) Chairman Clovis Metcalfe confirmed to The Sunday Gleaner that the 18-time champion trainer was in the hospital, and used the opportunity to convey his thoughts and well wishes for his recovery and prompt return to Caymanas Park.

“On behalf of the JRC and the Betting Gaming and Lotteries Commission, we wish him well and pray for a full and speedy recovery,” Metcalfe said.

Among those who conveyed their wishes was Grooms Association of Jamaica President Fabian Whyte, who hailed DaCosta’s impact on the industry in his multi-decade career.

“He is a stalwart in the industry, and I have a lot of respect for him [and] I wish him a speedy recovery,” Whyte added.

News surfaced of DaCosta’s condition yesterday morning from personal friend and attorney Gordon Robinson, who took to Twitter asking for thoughts and prayers.

“... It’s time for me to ask Jamaica’s collective positive thoughts (including prayer) for a full recovery to be sent to one of my closest friends in life, iconic trainer Wayne DaCosta who is currently in ICU at UHWI. Kid, remember you are the strongest person I know,” Robinson said.

Former director of Supreme Ventures Racing and Entertainment Limited, Christopher Armond also hailed DaCosta as the standard of professionalism, which he believes is the reason for his many accomplishments over the years in the horse racing industry.

“He does his job as a professional. Some trainers train horses in the morning and work in the day, but that was his job. That’s how he made his living,” Armond said. “He is a (consummate) professional and he has demonstrated that by winning 18 titles. So, I wish him all the best. I hope he has a speedy recovery and all the best to his family,” Armond said.