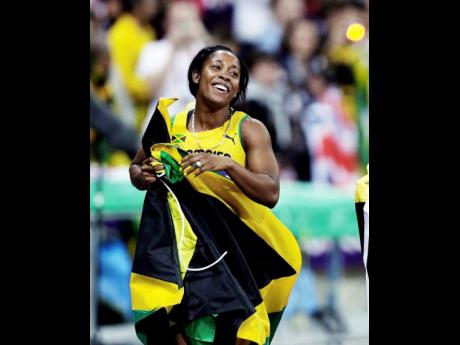 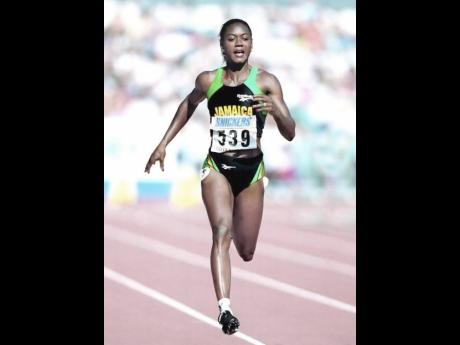 Believe it or not, there was a time, fairly deep into Jamaica’s Olympic history, when our women hadn’t yet reached the podium. The near misses ended in 1980 thanks to Merlene Ottey, and since then, our female Olympians have been even more productive than our men.

Pioneers like 1948 Olympic 100-metre finalist Cynthia Thompson, 1964 200-m finalist Una Morris, and 1972 200-m finalist Rosie Allwood set the pace with milestone achievements. However, when Ottey approached the 1980 Olympic Games in Moscow, all of the nation’s 12 medals had been won by men.

Ottey’s bronze in the 200 metres in the 1980 Games seemed to open a door to success. Sixteen years later, Deon Hemmings set two Olympic records in the 400m hurdles to become the first woman from the land of wood and water to win at the biggest show on Earth. In addition, her gold medal was the first for Jamaica since Don Quarrie sped to victory in the 1976 Olympic 200m final.

Parity was reached at the 2004 Olympics in Athens, Greece. With Veronica Campbell-Brown (VCB) winning the 200m and helping to win the 4x100m relay, our women won four of the five medals Jamaica collected there. When the competition ended in Athens, the medal scoreline read as follows: men 22, women 22.

Since then, exemplars like VCB, Shelly-Ann Fraser-Pryce, Melaine Walker, and Elaine Thompson Herah, have brought Jamaica so many memorable Olympic moments. Who can forget Beijing and the 2008 Olympics, where Fraser-Pryce led a 1-2-2 finish in the 100m with Kerron Stewart and Sherone Simpson tied for second and with VCB and Walker securing gold in the 200m and 400m hurdles, respectively?

The wave continued into the 2012 and 2016 Games, with Thompson Herah the star in Rio de Janeiro as she became the first woman since 1988 to win the sprint double. Her win in the 100m gave Jamaica three gold medals in a row because Fraser-Pryce has crossed the line first in both 2008 and 2012.

The outturn of all this is that our women have won 42 of Jamaica’s 78 Olympic medals. Remarkably, the haul didn’t begun until Jamaica’s eighth trip to the Olympics.

The reasons are hard to come by, but there are a few clues. Girls’ Championships didn’t become a firm fixture until 1961. The spread of coaching expertise accelerated with the opening of the GC Foster College for Physical Education and Sport in 1980. Finally, by 1999, when the MVP Track Club entrenched professional athletics training locally at the University of Technology, Ottey was a role model for girls across the island.

Our men lead the gold medal count, 13 to nine, largely due to Usain Bolt, who set 100m and 200m world records in Beijing to capture the first pair of his six individual gold medals. If the world can put the brakes on the COVID-19 pandemic, the medal gap might change at the 2021 Olympics. Until then, our wonderful women lead the way.