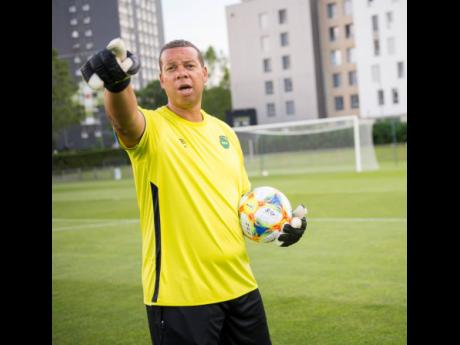 Reggae Girlz Head Coach Hubert Busby Jr says strengthening the philosophy they have been trying to implement and getting everyone on the same page will be the most important element when the team travels to the northern autonomous Basque region of Spain for a four-nation tournament in April.

Jamaica was one of three countries invited by the Basque Government to participate in the tournament, which will also include the host, Uruguay and Nigeria.

The tournament will last only five days (April 7-11) but the team will be in the European country from March 31 to April 12, and Busby Jr said it will be essential that they use the time to refresh their ideas and reconnect with each other.

“The games will be a bonus, but the idea that we are going to get together in terms of camp preparation and training time, for me, is important at this moment,” Busby Jr said.

“Our last training was over a year ago and before that camp we had been looking at our philosophy and play model. We want to revisit that and get players back on the same page, because that is always the most difficult thing,” he added.

The coach noted that when you have players coming from different environments and clubs, they are usually required to do different things tactically and functionally for their respective teams. As a result, he said it is crucial everyone gets back on the same wavelength.

Jamaica will play their opening game of the tournament on April 7 against one of the invited teams following a random draw. The winners will then play for tournament honours and the losers for third place on April 11.

Meanwhile, Jamaica advanced to the third and final round of the Concacaf World Cup qualifiers, as one of the top five ranked teams in the confederation.

They open their qualification campaign against Mexico in September, and Busby Jr said it will be important they make the most of the time they get together, as the qualifiers draw closer.

“It seems like it’s a long way away, and it seems like we have a lot of time but it’s not. It is not an awfully long time, so we have to approach it very detailed in everything we do and every time we have together will have to be utilised to the max,” he emphasised.