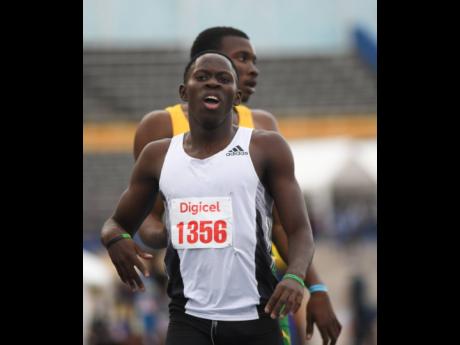 Sprinting legend Shelly-Ann Fraser-Pryce (SFP) strolled to a comfortable 23.19 seconds in her season-opening 200m win at yesterday’s Velocity Fest meet inside the National Stadium, barely breaking a sweat in the process.

With heavy headwind taking a toll on the sprint events, Fraser-Pryce, who was competing under the Elite Performance banner, covered her rivals easily with her first few strides, to come off the curve in the lead before simply going through the motions to secure a relaxed win.

Stephenie-Ann McPherson of MVP finished second in 23.47 seconds, as Ronda Whyte of Sprintec took third place in 23.49 seconds, with the race taking place in a negative wind of -1.6 metres per second.

World Championships triple jump silver medallist Shanieka Ricketts was also in good form in her event, as she produced a world-leading mark of 14.63m for the win, which also moved her ahead of Cuba’s Leyanis Perez, who has so far jumped 14.26m this season.

In the Women’s 100 metres, MVP’s Natasha Morrison captured the event in 11.42 seconds in a close finish, holding off Shimarya Williams of Elite Performance, who was second in 11.49, with Ashanti Moore taking third in 11.59.

With the likes of Zharnel Hughes and Miguel Francis watching from home, the fast-improving Oblique Seville of Racers Track Club stole the spotlight among the males.

Former national 100m champion Oshane Bailey of Sprintec continued his good season by capturing the 100m event in 10.41 seconds, running in a negative wind of -1.8 metres per second with MVP’s Nesta Carter finishing second in 10.51 seconds.