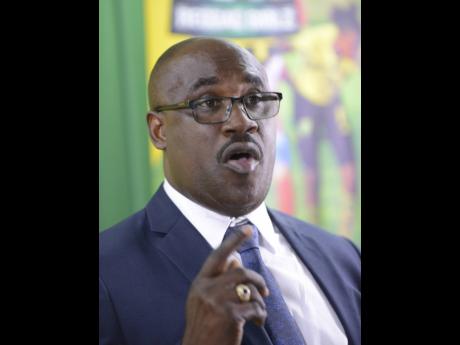 General Secretary Dalton Wint says that the Jamaica Football Federation (JFF) has hired an overseas-based physiotherapist and physical trainer, Andrew Clement, for the Reggae Boyz’s international friendly match against the United States in Austria on Thursday.

There was concern regarding the management of the team’s physical conditioning and recovery going into the game because the team travelled without its regular physiotherapy team last week due to visa issues.

But Wint said that Clement and the physiotherapist, whose services were confirmed on Saturday, are en route to join the team.

The Gleaner understands that the physiotherapist is based in England, but Wint offered very little on the new appointment responsibilities other than that he, like Clement, is being employed on a short-term basis.

“Andrew Clement is a part of the Mount Pleasant set-up,” Wint said. “He is tested and proven and should serve us well.”

The team’s contracted physical trainer, Jason Henry, was unable to make the trip on Tuesday to secure his Schengen visa at the Austrian embassy after he completed late negotiations with the JFF and was unable to catch the team’s flight to Washington.

Wint said that securing a European visa for a local physio or trainer would have been a tremendous challenge at this stage and that Clement being British was one of the factors behind his appointment.

“He is from England, so he does not need an Austrian visa to travel there,” Wint said. “His appointment is a short-term measure, but we will see how things unfold.”

Wint says it was never the JFF’s intention to have the team travel without physios.

“It is just because of the travel situation why we are in the position that we are in,” he said. “We know it is very important to have these persons as part of the contingent, but we weren’t able to have our regular persons, so we had to get somebody.”