Bring your ‘A’ game! 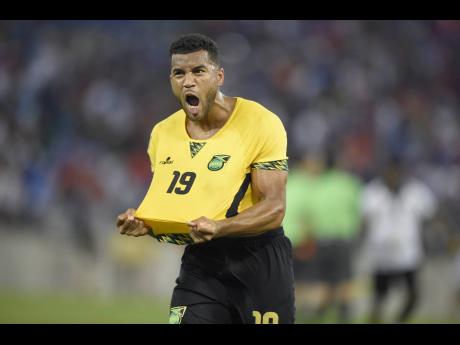 Veteran Jamaican defender Adrian Mariappa said that today’s international friendly against the USA is an opportunity for the many new faces in the Reggae Boyz squad to impress and stake a claim for positions.

However, the squad includes 10 newcomers, six of whom are based in England, and the team has had only two days of training going into the match.

Still, the 34-year-old defender, Mariappa, said all the players know their responsibilities, and it is just a matter of being professional and going out and executing their plans for the match.

“Everyone is clear on their position and the way we are going to play, but we will see how it goes because time is not a luxury that we have. So we have to be professional about it and go out there and do the job,” Mariappa said.

“You touch on new faces, and it is a chance for these guys to impress, show what they can bring to the side and make a claim for positions as there is a lot of talent in the squad,” he added.

The Jamaicans arrived in Austria on Monday and have only managed to spend time on the training field twice ahead of the contest, and with the USA naming a very strong team for the game, Mariappa anticipates a very difficult encounter.

Nevertheless, he believes that the Jamaican players have the quality and mindset to compete with the Concacaf giants and earn a respectable result.

“Obviously, we have to be professional. It is a short time for us to prepare, but everyone is clear about their jobs, and it’s all about executing,” he said before hailing the attitude of the new overseas-based inclusions.

“They are UK-based. They are born in England, and for them, this is an incredible proud moment to be called up to be involved with Jamaica. It is going to be a tough game, so they (Jamaica players) will have to bring their A-game. They are all terrific players. I have played against most of them this season (in English Championship), and the boys at the back (defenders) are some of the best defenders around in the (English) Championship,” Mariappa shared.

“Some I have known longer than others, some I have just met, but I’ve been impressed with their attitudes, so let’s see them show that out on the pitch,” he said.

Jamaica have met the USA 27 times, winning three, drawing eight, and losing 16. However, matches between the two teams have been closer in recent times, with the USA winning three of the last five games with the other two games ending in victories for Jamaica.