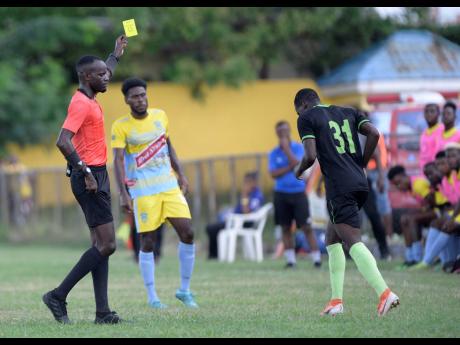 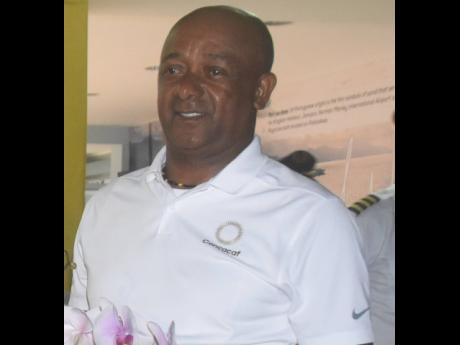 Jamaica Football Federation (JFF) Referees Department head Victor Stewart says that despite no activity in local football for over a year, Jamaican referees are continuing to make what he describes as “great strides” internationally. Referees...

Jamaica Football Federation (JFF) Referees Department head Victor Stewart says that despite no activity in local football for over a year, Jamaican referees are continuing to make what he describes as “great strides” internationally.

Referees Oshane Nation, Daneon Parchment, and assistant referee Ojay Duhaney officiated in the Concacaf Olympic qualifiers recently, with Parchment and Duhaney getting the appointment for the tournament final.

Four females, referee Odette Hamilton and assistants Princess Brown, Stephanie-Dale Yee Sing, and Jassett Kerr-Wilson were named in the pool from which officials for the FIFA Women’s World Cup in Australia and New Zealand in 2023 will be selected.

For the 2021 Concacaf Gold Cup in July, five Jamaicans officials could be represented at the tournament for the first time after Parchment, Nation, Duhaney, Anderson, and Kerr-Wilson were named to the provisional roster.

But Stewart lamented that the absence of local football has been a setback to the officials’ progress.

“Right now there is no football being played in Jamaica, but referees have been silently doing their thing,” he said.

“Getting to a world tournament at any level, junior or seniors, is a process, and each game is a matriculation exercise for the match officials, and consistency in performance is what is going to take you to the next level.

“So we’re happy that our match officials have been able to hold their own in this environment because although there is no football in Jamaica, what we have been doing over the years has enabled us to get this far.”

He credited the local assessors and instructors for not only keeping the officials up to date with physical fitness, technical training, and other training developments and exercises, but also for providing motivation going into their assignments.

“The assessors and instructors helped to groom these officials by providing them with the relevant teaching materials, encouragement, and opportunity,” Stewart said.

“We have a Zoom session every Tuesday with local match officials, where we go over and analyse video clips. So are we able to stay on top of the game with review video sessions to keep them motivated and in line with the thinking and application of the laws.

“Also, Concacaf has an open classroom that they are subjected to, and there is a Caribbean forum that we participate in.

“As it regards fitness, FIFA match officials have a design programme that is monitored by FIFA with the assistance of the local instructors.

“So in terms of training technically and physically, the FIFA referees are right there. The only thing we lack now is on the field game.”