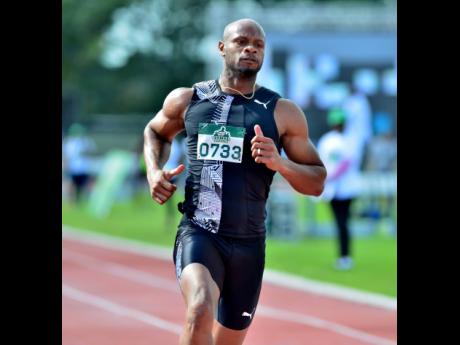 The Jamaica Athletics Administrative Association (JAAA) has selected 39 athletes, comprising 20 females and 19 males, to represent the country at next month’s World Athletics Relays, scheduled for the Silesian Stadium in Chorzow, Poland, between May 1 and 2.

Rio Olympic double gold medallist Elaine Thompson Herah along with the likes of Nataliah Whyte, who ran an impressive opening leg and Shericka Jackson, who anchored Jamaica’s gold medal-winning 4x100 metres relay team at the World Championships in 2019, will lead the charge for the females.

On the male side, veterans Asafa Powell and Nesta Carter, along with Julian Forte, will be carrying the colours in the 4x100 metres event.

Formerly known as the IAAF World Relays, this will be the fifth staging of the event, which has seen The Bahamas hosting the first three instalments with the last meet being held in 2019 in Yokohama, Japan.

In terms of medals, Jamaica’s best result came at the first staging in 2014, when they walked away with five medals, which included two gold, two silver and one bronze.

According to President of the JAAA, Garth Gayle , selection was based on those who made themselves available.

“This team was selected from the current World Athletics ranking and also those who had indicated to the association, their availability,” said Gayle.

“This will be a very crucial championships for our men’s 4x100 metres relay team, as they are yet to qualify for the Tokyo Olympic Games and this will be one of our more significant events at the meet,” he added.