Ferguson, Marshall weigh in on challenges faced in securing opportunities for schoolboy ballers' amid COVID-19 setback 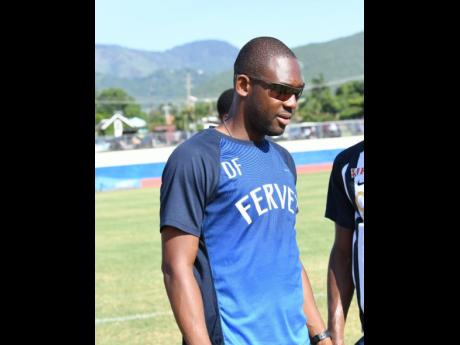 The indefinite suspension of local football activity, which has lasted over a year, and the cancellation of the schoolboy football season, have forced high school coaches to use more creative ways to move players on to universities and colleges.

Ferguson added that Jamaica College players are usually highly sought after in the college shopwindow, but the lack of football for the last year and a half, has forced them to use others means to convince universities of players' abilities.

"A lot of the recruiting is now done online. You have to really use the contacts you have to try to market or sell these players," Ferguson said. "So the profile that you have developed for the player over the years is even more significant as this is what most schools are working with."

"It is difficult, and we will have to learn a lesson from this, so even before they (players) are in their final year, get footage of them while they are playing as it is an important starting point for any player who is interested in a scholarship," he added.

Former national player Tyrone Marshall, who has served as an MLS Combine coach in the past, acknowledges that college coaches do not have the luxury of being on the sidelines to make a fair assessment of the players, and this has made their jobs a lot harder.

"They (coaches) get inundated with videos at the college level. I know an assistant coach at one of the big universities, and I asked him how is he recruiting, and a lot of it is players just sending in videos and word-of-mouth because they cannot be in the environment as much to watch the players," Marshall said.

"So it is all about videos, word-of-mouth recommendations, and calling around and using other people's eyes to give them a fair assessment of the players that they are looking to bring in," he explained.

He added that some universities are, however, looking to hold camps to bring in players they have identified for a final assessment before they make a commitment.

Ferguson noted that many colleges have also cut scholarships, and this has also resulted in fewer offers than usual coming in.

However, the new approach has been working fairly well for his school, and he revealed that he has assisted players from other schools to gain scholarships as well.

He warned that a second year without schoolboy football will have significant implications for the student-athletes.