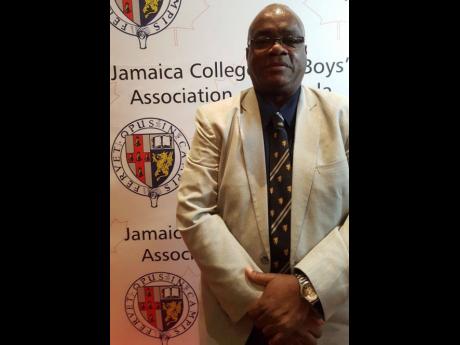 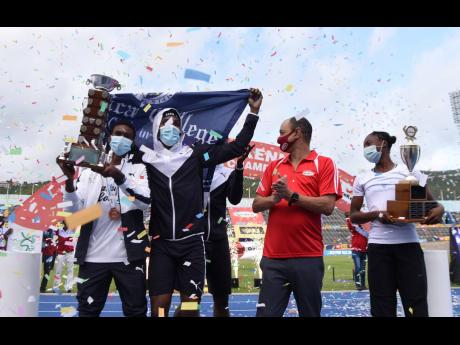 Jamaica College (JC) principal Wayne Robinson and Edwin Allen High School acting principal Donna Barrett-Reid say that they are considering how to safely celebrate the achievements of their institutions after winning the ISSA/GraceKennedy Boys and...

Jamaica College (JC) principal Wayne Robinson and Edwin Allen High School acting principal Donna Barrett-Reid say that they are considering how to safely celebrate the achievements of their institutions after winning the ISSA/GraceKennedy Boys and Girls’ Athletics Championships (Champs) on Saturday.

Champs was held this year at the National Stadium with no fans in attendance because of COVID-19 restrictions.

Robinson said that nothing has been decided but thathe is not rushing plans to celebrate.

“We are discussing this,” he said. “No decision has been made yet. Our priority now is to prepare the examination students for exams. We will celebrate in due course.”

Reid said that while a virtual celebration is being planned, the school also wanted to have a small-scale devotions with the athletes today, with external exams students who have been allowed to return to face- to-face schooling, but she says that any celebrations will not involve the Frankfield community in Clarendon this year.

“Even though we are not planning on having it at school per se, with the exception of the devotions tomorrow, we know that the community are going to come out thinking that they would want to celebrate with us,” she said. “But we don’t want to go against the protocols, and so we are planning to keep the community members out.”

Reid said that the police have been contacted to help discourage persons from congregating by the campus and that despite only external examination students being allowed on campus, it would still involve over 300 students. Reid says that talks were ongoing since yesterday as to how they could still do it in a safe manner.

“I’m still waiting to hear from the other parties involved,” she said on Sunday. “Since this morning, we have been really at it to work out how we would get that devotion done without violating the protocols.

“We wanted to start school as we normally would, and at break, we would have the athletes come down for the devotions, and, of course, [record] it so that we are able to put it along with what we are doing for the virtual [celebration].”

JC head coach Neil Harrison said that while disappointed that the celebrations would not have the fanfare that comes with winning Champs, he is content to enjoy the success by any means.

“We are overwhelmed (by the win), but we understand the situation, and it is what it is,” Harrison said. “We just play by the rules. As long as the principal gives consent, it’s fine.”