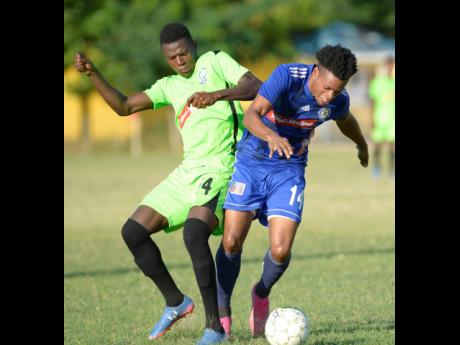 With Sports Minister Olivia Grange highlighting the vaccination of players as a key focus ahead of the start of the Jamaica Premier League (JPL), a number of club officials believe that getting full compliance from their players to accept COVID-19...

With Sports Minister Olivia Grange highlighting the vaccination of players as a key focus ahead of the start of the Jamaica Premier League (JPL), a number of club officials believe that getting full compliance from their players to accept COVID-19 vaccination will present major challenges.

During an online press conference on Thursday to announce the start and details of the JPL, Minister of Sport, Olivia ‘Babsy’ Grange, while not referring to it as mandatory, pointed out that vaccination was an important element in the process for a safe return of the sport. She noted that while some players have already received at least one dose of COVID-19 vaccine, the emphasis was on getting every player in the league vaccinated.

“Some footballers have already been done (vaccinated). It is an ongoing process and the intention is to make sure everyone gets vaccination,” Grange stated.

However, club managers Andrew Christie of Dunbeholden, Clyde Jureidini of Harbour View and David Galloway of Mount Pleasant all believe that getting full compliance from their players will present its share of difficulties, as many still harbour doubts about taking the jab.

Christie stated that with all the misinformation in the public space, educating staff is key in getting compliance, while noting that he has sought to lead from the front by getting himself and his family vaccinated.

“As we speak, we are in dialogue with the workers from Dunbeholden FC. This is an educational process, so we are educating. There is some misinformation going around about the vaccine. There are some myths and social media is active and at times irresponsible. So if you are hearing these things from social media, then you might be inclined to believe that what you are hearing is a fact, without any medical evidence to support it,” Christie said.

“So it is still a difficult task educating and informing, but we still try to do that because we always try to learn, improve and get better. We will work assiduously to educate, as there are some lingering questions and we will try as best as possible to answer those questions, as well as not to trample on anyone’s constitutional right,” he added.

Harbour View’s general manager, Jureidini, disclosed that the response to vaccination within his club has been mixed, but shared that they too are working on getting maximum compliance, even though he insists it is still a personal choice.

“The initial response has been mixed. Some have done it, some people are willing to do it, some are hesitant and some don’t want to do it. So you have a mixture, but vaccination is a subjective thing, that is something you do by choice,” Jureidini said.

“So we will encourage, educate and endorse (vaccine) as much as possible, but it is a personal choice and personal choices are what they are. So we couldn’t say a hundred per cent everybody will (comply) but we are hoping and working towards that,” Jureidini insisted.

Meanwhile, Galloway, general manager of Mount Pleasant, said even though some of his players have expressed reservations in taking the vaccine, they have also indicated that they would be willing to do so in order to play in the league this season.

“This is something that is not mandatory. Some players say if they have to take it for football to play, they will take it, but they are not really interested,” Galloway stated. “Everybody wants the football to be played, so they will take it so football can play. Their livelihood also depends on it. It is their jobs and if your work requires you to do certain things for you to be a part of it, then you have to do it. However, you cannot speak for a next man but they (players) say if they have to do it, they will to do it.”

After first being suspended in March last year and subsequently getting cancelled due to the COVID-19 pandemic, top-flight domestic football will return on June 26 with the playing of the JPL.