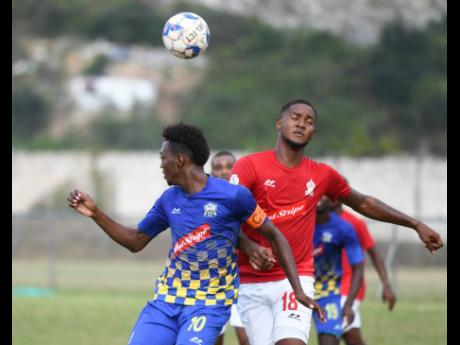 File
Molynes United's Nicholas Nelson (left) goes up for a header with UWI FC's Sheldon McKoy during their Jamaica Premier League encounter at the UWI Mona Bowl on Sunday, January 26, 2020. 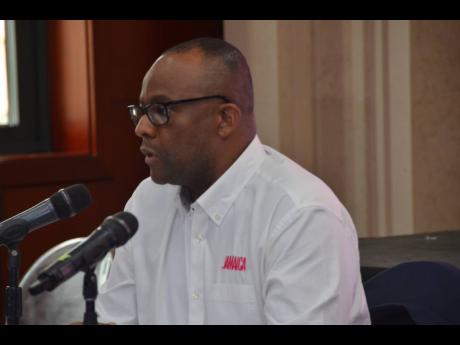 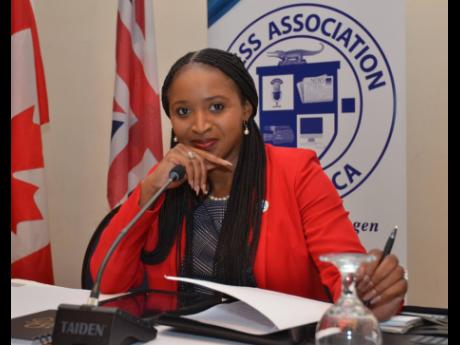 The Jamaica STAR was announced on Thursday as the official newspaper of the Jamaica Premier League, after the signing of a multi-year partnership agreement between the Gleaner Company (Media) Limited (GCML) and league organisers, the Professional Football Jamaica Limited.

The Jamaica Premier League will benefit from GCML’s unmatched product reach and reputation, with the company’s multi-platform delivery set to bring unmatched exposure to the country’s top football competition and its stakeholders.

“We are pleased that the return of Jamaica Premier League has continued to excite our local corporate partners. The Gleaner and STAR are powerful media brands in the region and indeed globally and we are honoured to have their commitment as our official print media partner,” White said.

Editor-in-Chief at GCML, Kaymar Jordan underlined the company’s commitment to the competition in recognition of its importance to Jamaica’s sports and community development.

“ The Gleaner is extremely pleased to be involved in this partnership. This tournament is all about serving the community and as a company that is rooted in the community, we are delighted to play our part. We look forward to a most successful and rewarding tournament,” Jordan said.

“We have always provided compelling content from the league over the years and we intend to go even further as we bring the stories of our players, officials and the various stakeholders to our readers all over the world,” Jordan added. “Our commitment goes beyond coverage, as a media house, our very purpose is to encourage nation building and we believe sports and the JPL in particular play a significant role in this regard.”

In addition to providing significant coverage support for the competition, in The Gleaner, The STAR and through the publications’ online and social media platforms, GCML will be executing several promotional activities as, well as professional development exercises and scholarship programmes throughout the campaign.

The Jamaica Premier League gets underway on Saturday, June 26.