Jimmie says | Of mice and men 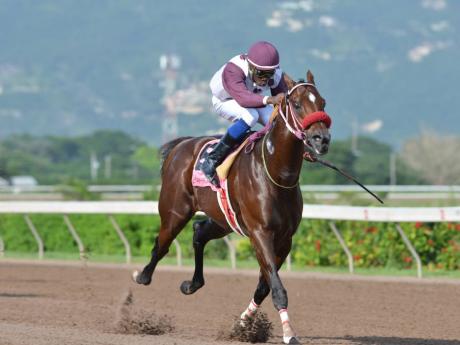 File
In the fifth event on Saturday, four of the five horses past the post, including the winner, Talented Tony K (pictured here), returned lame. 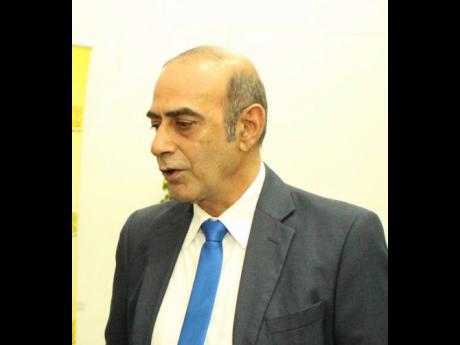 – Taken from Robert Burns’ poem, To a Mouse .

Part of a line embedded in Robert Burns’ Scots-language poem, ‘To A Mouse’ (1785), was used a century and a half later as the title for John Steinbeck’s novella, ‘Of Mice and Men’. The line reads: “The best-laid schemes of mice and men, Go oft awry, And leave us nothing but grief and pain, For promised joy.”

Last week’s reference to an even older literary piece, ‘Three Blind Mice’, got the expected reaction, bruised egos, from those who were only able to see through the lens of mice, not men, unwilling to concede that the local horse-racing industry needs to hit the reset button, an extensive overhaul, not an in-and-out-running committee Band-Aid.

Local racing, without a doubt, has one of the most diverse levels of direct participation among professionals from every facet of Jamaican society imaginable, an unrivalled reservoir of human resources going to waste.

Take, for example, Anthony Shoucair being named as part of a three-man panel of the ‘resurrected’, but operationally blind, in-and-out-running committee.

Shoucair, a former Jamaica Racing Commission (JRC) chairman, and deputy chair of the Betting, Gaming and Lotteries Commission, has conducted extensive work and forged international relationships, producing a paper on the importance of establishing a National Stud in Jamaica.

All this work was done while Shoucair was at the JRC before joining Supreme Ventures Racing and Entertainment Limited (SVREL) in January 2018 as general manager, racing operations, a virtual front-row seat to witness the ongoing decline of the racing population at Caymanas Park.

Though he was now cast at the front of the battle, Shoucair’s paper, which should have become a blueprint for resurrecting the base of local racing, the breeding industry, was left somewhere at the JRC, shovelled into File 13 at Winchester Road while the commission’s vet’s list, which should really be a ‘culled’ list, spilled to two pages of lame horses on racedays.

One would have thought Shoucair’s return to the JRC presented hope of urgently drawing on his previous work, an invaluable resource, coupled with his knowledge of being on the ground at Caymanas Park, to put together a National Stud Committee, inviting participation from SVREL, The Thoroughbred Owners and Breeders Association (TOBA), Ministry of Agriculture, Ministry of Finance and what should be a suite of agencies to establish a self-sustained institution on some of the same government lands being earmarked for brick-and-mortar development by his relative, Joseph Shoucair.

Instead, Shoucair, who could talk all day about his advanced work on establishing a National Stud to mirror those in Ireland and Britain, along with the pedigree of horses needed to revive the local stock, is being asked to take stock of losing favourites and jockeys’ excessive use of whips.

In two days of racing, last Saturday and Monday, there were 23 lame horses on the vet’s list. On Saturday, six were from one race, a five-furlong straight event, including the winner and runners-up. The vet’s list has 11 slots. Since the racemeet of May 27, there has been possibly two days that all slots weren’t filled in, a total of 68 horses returning lame on punters’ money for the last seven racedays, bar one or two couldn’t leave their stalls after being declared to start.

Shoucair says one of the concerns the JRC had at the time when his paper was up for discussion was the effect a National Stud would have on private breeders. If there was ever a non-starter in the room, whoever raised that issue certainly had a major problem seeing past their possibly conflicted nose.

Let’s digest this ‘concern’. The JRC, which has had to stop culling lame horses in fear of insufficient starters to fill racemeets, forcing the promoter to stage three and four-furlong straight races for paraplegics, some not making it to the winning post, is of the opinion that a National Stud would be unfair competition to private farms.

So what of the daily selling races, with price tags of $150,000 to $1 million (claiming races) at Caymanas Park? Is that fair competition for breeders, or is it that someone is afraid that those who participate in the claiming game of chasing 10 half-sound horses all year will finally get equal opportunities to bid on quality horses at a public National Stud sale instead of scraps left over from the annual TOBA Yearling Sale?

A National Stud built on the models of Ireland and Britain would be a boon for the entire racing industry and all its sub-sectors, including human capital, offering international training and certification in every aspect of equine management and care, programmes which should involve the Ministry of Education, skills-training institutions such as HEART Trust/NTA and tertiary bodies.

Shoucair has it all on paper. He is now back at the JRC, the regulatory authority for local racing. In-and-out-running committee? Will the racing industry really sit back and exit COVID-19 with blinkers and a tongue tie fitted?