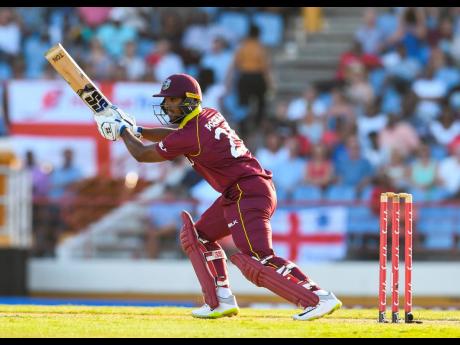 Pooran and other players are returning from stints in the Indian Premier League (IPL). The left-hander says that the time the team has spent in Grenada has allowed gelling, and the team feels fully prepared.

Having lost the Test series 2-0, the much more experienced West Indies side, which features captain Kieron Pollard, Chris Gayle, Andre Russell, and Dwayne Bravo are expected to put on a much better showing, especially with the bat.

“The confidence from the group is very good, and we have all our senior players back, with the inclusion of Andre,” Pooran said. “We have the most exciting T20 players in the world back together in one team, and a lot of teams would love a team like this. Everyone is gelling really well, and we have had three good practice sessions so far.”

Pooran, who had a below-par spell with the bat in the IPL, scoring just 28 runs in seven matches, says he has put that scenario behind him and is looking forward to giving his best for the West Indies.

“I didn’t get the scores I wanted in the IPL this year, but things happen, and it’s a part of cricket,” he said. “It’s life, and we all have our downtimes. To me, it’s just about keeping it simple and being confident in myself and backing my skills and my ability and going out there and enjoying the game.”

Pretorious did not travel with the team, hence Mulder, who was a part of the Test side, remaining with the squad.

Batsman Temba Bavuma, who missed the Test series with a hip injury, is set to return and will lead the Proteas in the T20 series. Left-arm seamer Beuran Hendricks, who was also in the Test squad, has been listed for the T20s.