Aussies touch down for white-ball series 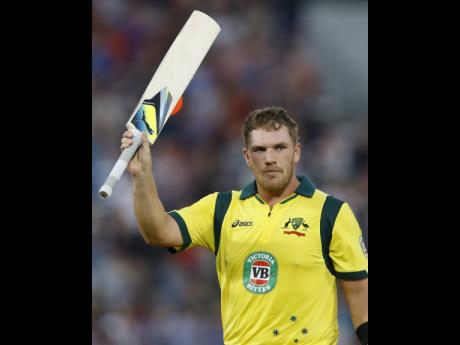 Australia arrived here late Monday for their eight-match white-ball series against West Indies, marking their first tour of the Caribbean in six years and their first bilateral, limited-overs series against the home side in nearly a decade.

The 18-man squad touched down at Hewanorra International Airport in the south of the island following a near 17-hour direct flight from Brisbane, and are now set to undergo quarantine at their hotel before beginning training later in the week.

Most of the squad participated in a planning camp on the Gold Coast last weekend and captain Aaron Finch said Australia were considering employing a three-pronged spin attack in the five-match series, especially with the Daren Sammy National Stadium having seen its fair share of cricket recently.

“If you look at the scores, it’s not a high-scoring ground, it’s generally a bit slower and spins a little bit,” said Finch.

“So we’ll look at those options once we get on the ground … .”

He added: “It’s also an opportunity for us to tinker around a little bit, and probably play a few different structures of team, that will give us an opportunity to gather some more information leading into the World Cup.”

Leg-spinners Adam Zampa and Mitchell Swepson, along with left-arm spinner Ashton Agar, are the slow bowlers in the squad.

On their last T20 tour of the Caribbean, Australia won the first match in St Lucia by eight wickets but lost the second in Barbados by 14 runs.