Day to forget for Nugent, Dacres 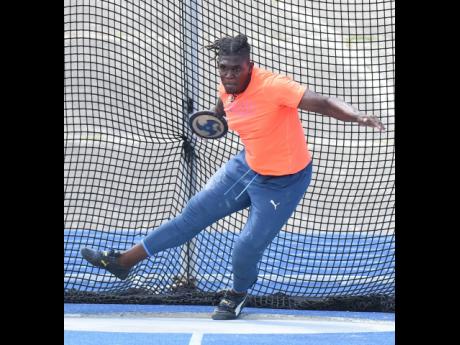 Ian Allen/Photographer
Discus thrower Fedrick Dacres in action at the JAAA All-Comers Meet at the National Stadium on Saturday, June 19. 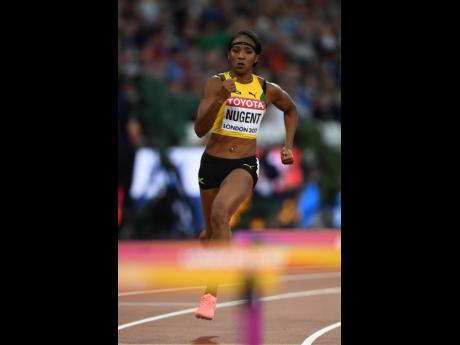 It was a rough day for Leah Nugent and Fedrick Dacres at the Wanda Diamond League meeting in Oslo, Norway, yesterday. The two Jamaicans finished out of the top three in their respective events as Nugent was fifth in the women’s 400 metres hurdles and Dacres was sixth in the men’s discus throw.

History was, however, made on the day with a world record by 400m hurdler Karsten Warholm.

Fresh off her run at the National Senior Championships (Trials), where she finished third in the women’s 400m hurdles to book her ticket for the Tokyo Olympics, Nugent clocked 55.37 seconds for her fifth-place finish as Femke Bol of the Netherlands, the fourth-ranked athlete in the event so far this season, won in a season’s best (SB) 53.33s as the Ukraine duo of Anna Ryzhykova (54.15s, personal best (PB)) and Viktoriya Tkachuk (54.62s) were second and third, respectively.

Dacres, the winner of the men’s discus throw at Trials, appears to still be feeling the effects of his recent hand surgery. The Doha World Championships silver medallist could only manage a sixth-place finish in his pet event after a throw of 62.60m. Sweden’s Daniel Ståhl, the world leader, was first with 68.65m, ahead of world number two Kristjan Ceh of Slovenia (66.68m).

Ethiopia’s Yomif Kejelcha was another standout at the meet after posting a PB, Diamond League best, meet record and a world-leading time of 7:26.25 minutes in the men’s 3000m.

Both Dacres and Nugent will be hoping for better luck on Sunday as they are down to compete in the Stockholm leg of the Diamond League.

Four other Jamaicans, led by new sprinting sensation, Shericka Jackson, who was second in the 100m and 200m at Trials, will also compete at the meet. Jackson will do so in the 200m while Janieve Russell, 400m hurdles National Champion, joins Nugent.