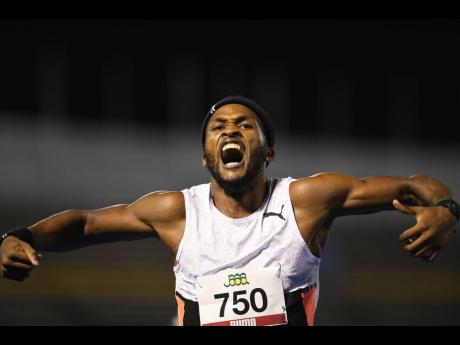 Gladstone Tayor
Jaheel Hyde celebrates his win in the men’s 400m hurdles final at the 2021 JAAA National Junior and Senior Championships at the National Stadium on Friday, June 25. 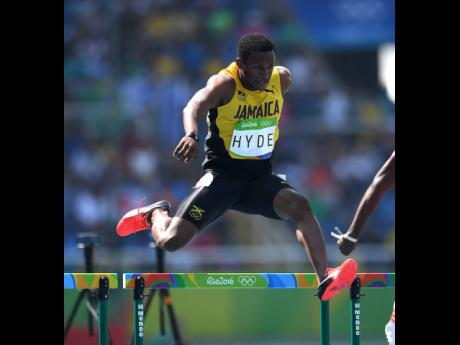 Ricardo Makyn
Hyde in action at the Rio Olympics
1
2

In 2016, then 19-year-old Jaheel Hyde seemingly had the world at his fingertips.

With each cleared barrier and purposeful stride on the track, the 400m hurdler seemed to be darting closer to fulfilling the lofty expectations that was placed on his young shoulders, as a berth to the Rio Olympic Games, World Under-20 Championships gold and later, a semi-final finish at the Olympics, catapulted the former prodigy.

Hyde, who two years prior had won gold in the 110m hurdles at the Youth Olympics in Nanjing, China and the 400m hurdles at the World Under-18 Championships in Eugene, United States of America (USA), was coronated as Jamaica’s brightest young star.

However, it has not gone to plan for Hyde, who now at 24 years old, is well aware that he stands at a crucial point in his professional life, as the fresh-faced greenhorn from 2016 approaches another Olympic Games in 2021 with a lot more purpose, passion and facial hair.

Hyde accepts that he has so far not been able to matriculate his early promise as a seasoned senior and his win at last month’s National Senior Championships, which came in a time of 48.18 seconds, might be the signal that he is ready to graduate to new levels in the event.

The 48.18 seconds run was Hyde’s first personal best effort since 2017, which is also the year that he last went below 49 seconds in the one-lap hurdles event.

The improvements, he says, are as a result of a number of factors, key among them being the birth of his daughter Sienna.

“I must say that being a father has helped me a lot. It makes me a lot more responsible. I know that I am not a boy any more. I have a family to feed, so strong performances are needed to put food on the table. There is more purpose for sure, I’ve always had purpose before, but I have a little family now. It’s a warm feeling, they support me all the time,” Hyde added.

“I have found a stable training camp, I have been working on the things that have been affecting me from back then like the injuries that I usually get, so I just have to ensure that I am working with someone and keeping it under control,” said Hyde.

The athlete shared that he was close to closing the book on this season, after struggling to stay healthy at the start of the year due to hamstring problems.

“I have a lot more to do. I was injured from February and I wrote on my calendar that I must start running again on April 12. If I didn’t start running on April 12, I would just cut my season because it was depressing. There was a lot of downtime, not going to the track for two months and just working in the pool.

Hyde will likely have to take another step forward and again run the race of his life if he is going to progress beyond the semi-finals this time around. It is a challenge the athlete five years smarter is ready to take.

“It’s just to focus now and stay fit going forward,” stated Hyde. “Because I know that once I am healthy and I am there I will give my best,” stated Hyde.