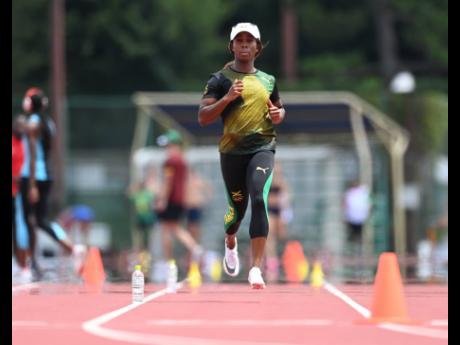 Shelly-Ann Fraser-Pryce will today begin her quest to become the first woman to win three Olympic gold medals in the 100m event, when she lines up in the heats starting at 12:15 p.m. (on Thursday 10:15 p.m. Jamaica Time) inside the Tokyo Olympic Stadium.

Fraser-Pryce, whose 10.63 seconds National Record clocking is the fastest time done in the world so far this year, is widely expected to follow up her 100m successes at the 2008 Beijing Olympics and 2012 London Olympics with another success in Tokyo, but she will have to get the better of fierce competition from home and abroad.

Elaine Thompson-Herah is the defending Olympic champion in the 100m and 200m and despite playing catch-up to Fraser-Pryce at the National Senior Championships - where she ran third in both sprints - she knows all too well that this is where it matters.

Thompson-Herah's 10.71, done in Hungary at the beginning of July, shows that she too has arrived in Tokyo in excellent form and will be hell-bent on successfully defending her titles.

Shericka Jackson, a multiple medallist in the 400m, has taken to the 100m - an event she had not contested seriously for years, like duck in water - and her two second-place finishes at Trials and her impressive 10.77 in the 100 metres makes her a serious contender here.

All three Jamaicans are expected to comfortably advance to the next round and will be joined in the heats by other medal favourites Dina Asher-Smith from the United Kingdom, the Ivory Coast's Josee Marie Ta Lou and Blessing Okagbare of Nigeria.

Traves Smikle (62.10 metres this season) will be the first Jamaican in action in the men's discus qualification group, which gets started at 9:45 a.m. (Thursday 7:45 p.m.). Fedrick Dacres, the World Championships silver medal winner in Doha, will contest the next discus qualifying group at 11:20 a.m. (Thursday 9:20 p.m.).

World Championships silver medal winner, Shanieka Ricketts, has looked excellent in training and will be pushing for a medal in the women’s triple jump along with Kimberly Williams, who comes into the Olympics on the back of a personal best 14.69m effort earlier this season.