‘A lot of running’ 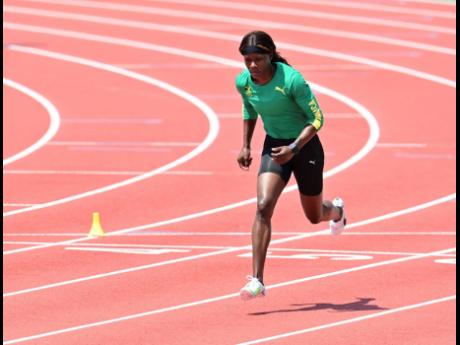 Gladstone Taylor
Sprinter Shericka Jackson gets ready for action on the track. 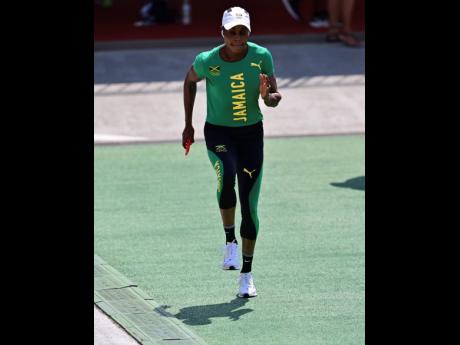 Defending double Olympic sprint champion, Elaine Thompson-Herah, admitted that it will be difficult for herself and the other Jamaican sprinters who are doubling at the Tokyo 2020 Olympic Games to compete in the heats of the women’s 4x100-metre relays, but said they will make that decision when the times comes.

There have been much discussions around the make-up of Jamaica’s team for the heats of the women’s 4x100m relays, which start two days after the trio of Thompson Herah, Shelly-Ann Fraser-Pryce and Shericka Jackson would have likely run six rounds in the individual 100 and 200 metres races.

Thompson-Herah, who has also been carrying an Achilles injury, says it is important that the team discusses together the best way forward, after the individual events are completed.

HAVE TO GET THE PERFECT TEAM

“For us to double it’s a lot of running, it’s six rounds and we might have to get a perfect team to help us to qualify and then use these races to see where we are,” Thompson Herah told The Gleaner.

“I don’t think we can make a decision yet until us three ladies come together and say if we might have to run the heats or have four other girls run the heats. That is not fully confirmed, but we are going for the best,” she added.

The sprinter also provided an update on her injury issues, noting that while there was a flare-up earlier this season, the achilles issues are generally under control now.

“It’s an injury that needs a lot of attention and I am a very forceful runner. It doesn’t need surgery, but I have to monitor it daily and do a lot of strength work. I had a mishap in April, which caused it to act up, but it’s being monitored properly right now,” said Thompson-Herah, who added that her preparation has been going well in the build-up to the Games.

She noted that physically she is in very good shape and that her focus is on maintaining the mental conditioning and focus going into the competition.

“It’s been great, preparation has been going great, there is nothing more that I can do now, it’s just to get the mind and the body ready and I am ready,” said Thompson-Herah.

Thompson Herah is the second-fastest woman in the world this year in the 100 metres after her 10.71 seconds run in Hungary on July 6. It places her behind compatriot Shelly-Ann Fraser-Pryce, who has so far gone 10.63 seconds.

Her best time in the 200 metres so far is 22.02 seconds, placing her at number seven on the list.

Thompson-Herah’s personal best times in both events are 10.70 and 21.66, respectively.