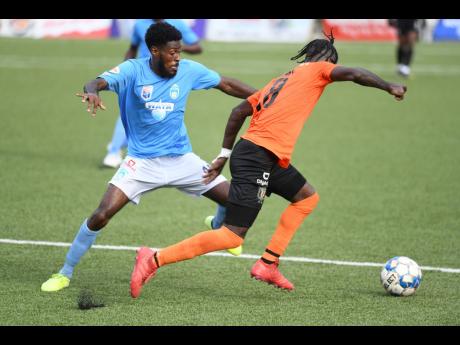 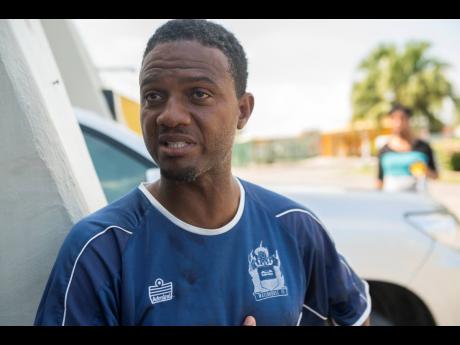 Waterhouse FC head coach Marcel Gayle says that, despite the poor form of Humble Lion, they will not be letting their guards down during their Jamaica Premier League (JPL) fixture this afternoon at 1 pm at the UWI/Captain Horace Burrell Centre of Excellence.

While Waterhouse are in sixth place with six points from four games, they,and Vere United are the only two undefeated teams left in the JPL this season. Meanwhile, Humble Lion, winless since the start of the season and in last place in the standings, are desperately in need of points to salvage their campaign. Despite Humble Lion’s struggles, Gayle said that they cannot underestimate the strength of the Clarendon-based club.

“I think this is the most difficult game of the season, based on the fact that our opponents are hungry. They want to make a mark. They want to make a move, so you have to prepare for that,” Gayle told The Gleaner. “We know that we are not going to take Humble Lion for granted. We know that they are a quality team, they are seasoned campaigners. So, tomorrow we have to carry our A-game and, barring any problems, we can end up with a positive result.”

Humble Lion have conceded the most goals so far this season (11 from five games) and are tied with the fewest goals scored (two). With no points to their name, Humble Lion head coach Andrew Price says that he wants to see his team play with a high level of desire against Waterhouse.

“The players are quite aware of where they are, and they need to make amends for what has gone on in previous games. One of the things that we have asked them is to come out and express themselves and play. Play with some confidence, play with some passion, play with some energy. Once we go out there and do that, we should be able to get a fair result,” Price said. Price said that they will be boosted by the return of their captain, goalkeeper Dennis Taylor, from Gold Cup duty, as well as the potential debut of new signing, former national midfielder Je-Vaughn Watson.

Despite their unbeaten run, Gayle says that they want to start winning consistently, especially having reached the midway point of the season.

“Winning is a culture. Winning is a habit. And we want to start that habit not just tomorrow. We are still unbeaten, so if we keep unbeaten and scoring goals, that will bode well for us going forward,” Gayle said.

Meanwhile, Harbour View will look to bounce back from their 3-2 defeat to Vere United when they face league leaders Portmore United in the second game of the doubleheader at 3:30 pm. Having set the pace early with four wins from five games, head coach Ricardo Gardner says that they cannot afford to become complacent at this stage.

“We have to take each game as it comes but we (will) work and continue to improve as a group and to improve individually,” Gardner said after last week’s 3-0 win over Humble Lion. “Nothing is given. We have to work for everything.”