Wright ready to fly the flag in discus 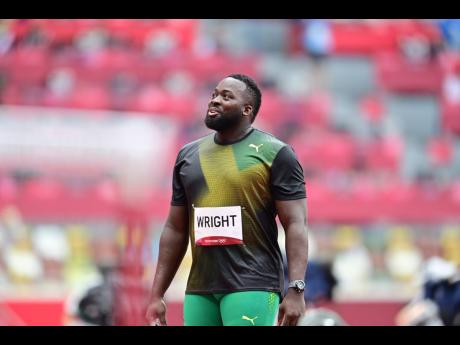 There were mixed fortunes for Jamaica’s male throwers at the Tokyo 2020 Olympic Games, with Chad Wright being the lone survivor on a day that saw two of the country’s three throwers fail to advance to the final of the men’s discus event.

Wright registered a mark of 62.93m, his best this season, to nudge out World Championships silver medallist Fedrick Dacres for the 12th and final spot in the final, which takes place on Saturday at 8:15 p.m. (6:15 a.m. Jamaica time).

Dacres, who has not fully recovered from a surgery to the wrist last year, also arrived late in the Olympic Village after documentation issues and could only manage a best throw of 62.91m during his series.

Also missing out on a spot to the final was Traves Smikle, who scored a best effort of 59.04m.

“I’m pleased with the performance and my execution and the mission was accomplished. I made the final and the next mission now is to make the top eight and then try and go for the win,” Wright said.

“I would say yes regarding responsibility but I am not worried at all about the pressure that it may come with. I am just going to out there to work,” he added.

Wright, whose best in the event is 66.54m, which was done last year in Jamaica, thinks there is much more in the tank and is hoping to put his best foot forward in the final .

“I would say that more or less, I am happy with my preparations coming in to the Olympics. Training has been going well here and before I left Jamaica as well, so I am pretty pleased with the performance, but I know I can do much more, it’s just to execute it in the final,” he added.

“Whatever it takes to make that top eight. I won’t put an exact number, but I just want to go out and execute my technique and see where it brings me,” said Wright.