I want to be in the final – Hyde 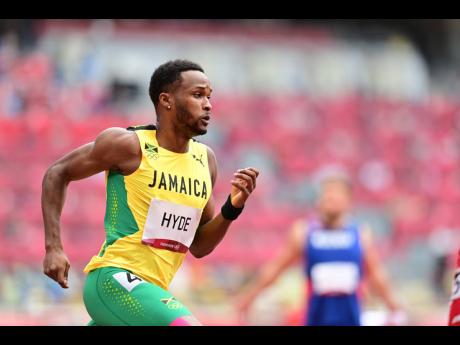 Gladstone Taylor
Jamaica’s Jaheel Hyde competing in the men’s 400m hurdles event at the Tokyo 2020 Olympics at the Tokyo Olympic Stadium in Tokyo, Japan, on Friday. 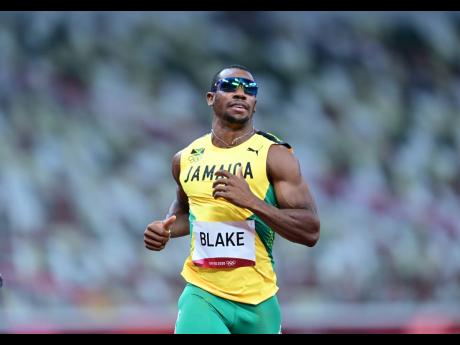 Gladstone Taylor
Jamaica’s Yohan Blake competing in the men’s 100m first round at the Tokyo 2020 Olympics, at the Tokyo Olympic Stadium in Tokyo, Japan, yesterday. 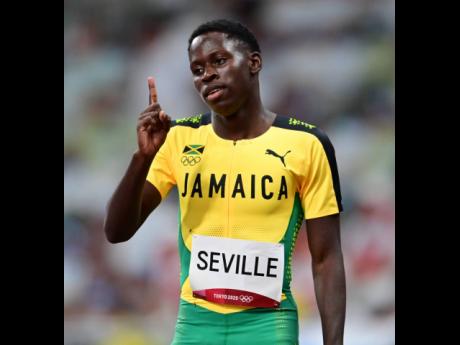 Gladstone Taylor
Jamaica’s Oblique Seville reacts after competing in the men’s 100m first round at the Tokyo 2020 Olympics at the Tokyo Olympic Stadium in Tokyo, Japan yesterday.
1
2
3

NATIONAL CHAMPION Jaheel Hyde is determined to book his spot in the final of the men’s 400m hurdles in hopes of testing himself in what he thinks will be the most exciting athletic event at the Tokyo 2020 Olympic Games.

Hyde, who is competing at his second Olympic Games after making it to the semi-final at the Rio 2016 instalment, won his heat in 48.54 seconds on Friday, the third-fastest time heading into the semi-finals, which get underway inside the Tokyo Olympic Stadium on Sunday at 9:05 p.m. (7:05 a.m. Jamaica time).

“I said it before that I am not leaving without a medal and I am definitely going into the race thinking just having fun while I’m doing it. I plan to go out there, stay focused and just take it round by round,” said Blake after his second-place finish on Saturday in 10.06 seconds.

=Blake will face off with Canada’s Andre De Grasse and Fred Kerley (USA) in the opening semi-final, while Seville will line up against American Trayvon Bromell and his training partner, Zharnel Hughes, who is competing for Great Britain in the second semi.

Meanwhile, Hyde, the former World Junior and World Junior champion, will line up in semi-final three from lane four and will face off against medal contender Kyron McMaster of the British Virgin Islands.

“Just watching the heats, it’s going to be a good one. I feel like it’s going to be maybe the toughest race at the championships, or the most exciting. But I want to get myself in that final and give it my best shot,” Hyde stated.

The Okeile Stewart-coached hurdler has not competed since the end of Trials, choosing instead to work from Jamaica and prepare for the Games.

“The restrictions and travelling meant that it made sense to just stay home, train and do a few time trials and I feel like we did a good job leading up. Now I just have to rest today and rest tomorrow and come back again in the semi-finals,” Hyde added.

“I haven’t run since Trials. The plan was to come, qualify first, kind of get the first part a bit nippy and I did that and just be comfortable coming home,” Hyde said before outlining that he has far greater ambitions this time around.

He is hoping to make it all the way to the medal round, where world record holder Karsten Warholm from Norway and American Rai Benjamin, in particular, are expected to create fireworks.

“This one is not just about competing – as I said I want to be in the finals. The races are run for a reason, so I want to get myself in the finals and I want to give myself a good shot,” Hyde said, before pointing to the factors behind his renewed approach.

“This approach is down to growth, maturity, a good environment to train, good people around you, a good coach, mental fitness level is up there. It’s just maturity like I said, to know what you need to do to come out on top,” said Hyde.

Hyde will be joined in the semi-final by Shawn Rowe, who runs out of lane nine in semi-final two, and Kemar Mowatt, who is also starting out of lane 9, in the first semi-final.