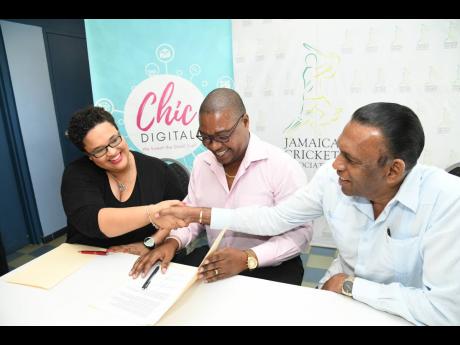 Jamaica is slated to continue the return of international cricket to the Caribbean, with the first Test against Pakistan set to begin on August 12. However, there are concerns regarding how the match will be navigated if the latest adjustment of the curfew hours announced by Prime Minister Andrew Holness on Monday continues beyond August 10, the date it is set to expire.

In response to the latest surge in COVID 19 cases which have returned to triple-digit daily increase levels, the curfew times were adjusted, which will now begin at 8 p.m. Mondays to Saturdays and at 3 p.m. on Sundays and public holidays.

With concerns about the games on Sundays should the measures continue, Francis is confident they will get the dispensation required for the series.

“Well, I have already written seeking permission but I haven’t gotten any response yet,” Francis told The Sunday Gleaner. “But usually the authorities give exemptions for those sort of things. You are not going to have an international event that has been scheduled from long ago and then this comes in and creates an issue.”

While not disclosing specifics, Francis admitted navigating through various obstacles in ensuring that everything is prepared in time for the first Test, which bowls off in two weeks. However, Francis is optimistic that any outstanding issues will be resolved by next week.

“There are a number of challenges, but we are working through (them). We are doing a lot of rework but we are getting there and I am confident that by Tuesday of next week, when we have a meeting with all the ministries, everything should be OK,” Francis said.

Meanwhile, head curator at Sabina Park, Michael Hylton, is confident that the venue will be more than ready for the two teams once they arrive. Hylton says other than adhering to the general protocols and keeping interaction to a minimum, it has not affected his team much in terms of how they prepare the pitch and outfield.

“Apart from the normal protocols on the road and in public places, no (there has been no difference) in terms of our preparation more than our interaction with other players, umpires,” Hylton said.

Hylton said they have been careful in their plans for the grounds since last June when they were hoping to host South Africa for a Test series. He says the focus now will be on managing the grounds, as well as the practice area, adding that the wicket has more grass than normal, which should provide a fast pitch.

This will be the first Test match Sabina Park has hosted since 2019, when the West Indies played India.

West Indies and Pakistan played their second T20 International game yesterday at Providence Stadium in Georgetown, Guyana. The first T20 in Barbados was washed out on Wednesday after nine overs.