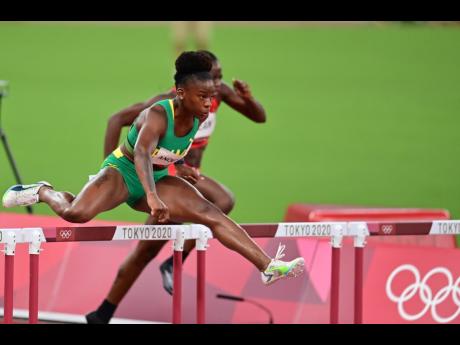 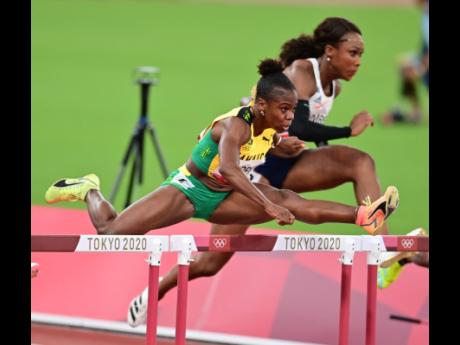 Gladstone Taylor
National champion Megan Tapper with a clean leap in the Women's 100m Hurdles semi-final at the Tokyo Olympic Games in Tokyo, Japan on Sunday.
1
2

No country has featured in the Women’s 100m Hurdles final at the Olympic Games more times without winning a medal than Jamaica has. That can all change at the Tokyo 2020 Games where Megan Tapper and Britany Anderson are looking to right one of the most surprising statistics in Jamaican athletics.

Jamaica has been represented seven times in the Women’s 100m Hurdles final at the Olympic Games over the years, but Delloreen Ennis-London, who finished fourth at the Sydney 2000 Games, has the best finish. Brigitte Foster-Hylton alone went to four Olympic finals in the event, the second most behind Gail Devers, who has been to five finals.

The fact that Jamaica has never medalled in the Women’s 100m Hurdles at the Olympic Games will surprise many, given the calibre of athletes who have represented the country in the event over the years and the success seen at the age group level, on the international circuits and at the World Athletics Championships.

Anderson, 20, a multiple medallist at global age group championships, has the second fastest time going into the final, which faces the starter at 11:50 a.m. (9:50 p.m. Sunday Jamaica time) after her personal best 12.40 seconds win in the semi-finals yesterday.

“I am excited, I’m excited to be the second fastest one going into the final and all I have to do right now is trust the process, have fun, give it my all and leave the rest to God,” Anderson told The Gleaner.

“The mindset is to remain focused. This is what matters, so I have to keep it together. That time definitely shows me that I can do way much better though,” she added. “This is my first senior championships so the level was amazing but this is what matters right now.”

Anderson’s run came after two recalls but the youngster, who many consider to be a generational hurdling talent, says it was not difficult for her to remain focussed throughout and deliver her big performance.

“The recalls were definitely a distraction but in my head, I was just telling myself that I need to keep it together, this is what I have been training for all these years, so I just tried to stay focussed, keep it tight, stay in my lane.”

Tapper, the national champion, has also had an impressive campaign at the Games, securing her lane in the medal round with a 12.62s finish for second place behind gold medal favourite, Jasmine Camacho-Quinn from Puerto Rico.

Camacho-Quinn has been the dominant force in the event this season with the four fastest and seven of the 10 quickest times this year, including the Olympic record of 12.26s, which she set in the semi-final on Sunday.

Tapper noted that her execution against the speedy Puerto Rican was not what she was looking for, but she is pleased to be competing in her first Olympics final.

“It wasn’t as clean as I wanted it to be but I give God thanks I am in the final,” said Tapper. “Now I am just focussing on executing a really good race and I know once I do that, the sky is the limit for me.”

“I got the start I wanted but I wasn’t able to finish the way I want to finish,” she added of her semi-final run.