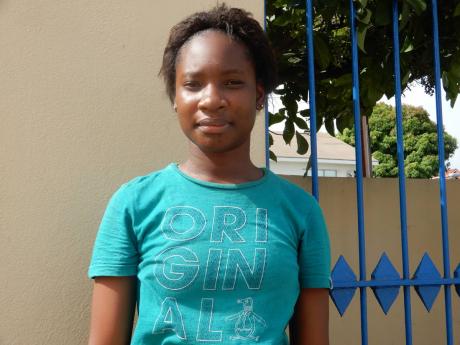 After a recent rise in crime in the community, the Fletcher’s Land Police Youth Club (PYC) is using football as a means of social intervention in the central Kingston community.

The competition, spearheaded by Unique Plummer, sport coordinator of the Fletcher’s Land PYC, will see youngsters competing in the under-12, under-14, and under-16 categories.

Over 120 children from Tivoli Gardens, Denham Town, Rockfort, Cockburn Gardens, and Maxfield Avenue are competing in the tournament which has been endorsed by Member of Parliament for West Kingston Desmond McKenzie.

“This competition is to bring unity in the community and to teach the kids how to socialise with other members of different communities,” Plummer said.

“We have the police involved and they are here helping us and giving their support, and they will also be mentoring the kids during the competition.

“The kids, from a young age, in these communities admire [criminality] and want to be a part of that. So when they get them involved with sports, it will help them to grow and realise that not only criminals get respect, but you can be respected when you do good things in life.”

Sergeant Troy Smith says the Fetcher’s Land police is fully behind the competition because they are committed to helping to nurture the youngsters in the community. “Fletcher’s Land is one of our smallest policing divisions in central Kingston because it has its own share of violence in recent times,” Smith said. “You would have seen a little increase in terms of violence, so this would keep the youths focusing in another direction.

“We want to get these youngsters before they start thinking violence, because the police have made that commitment to the people for more interaction, more communication, and more foot patrols, so this is one of the general overall plans for the area.”

Sixteen-year-old Taville Henry said the competition will help to improve the relationship among youngsters in and around the community of Fletcher’s Land.

“Football is not just a sport because when you make it professionally, football is a job; and when you have your job, it means that you have less time to be on the road,” Henry said. “It will help because football steers the youths from violence, because it will give them a clear path as to what they want to become in life.”