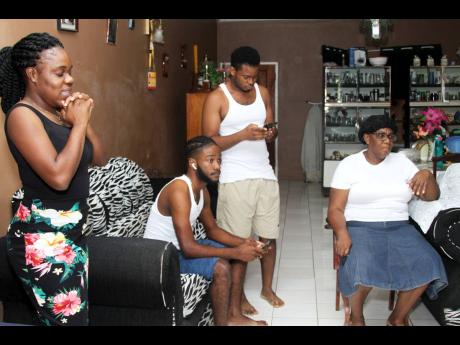 Though she missed the opportunity to medal in the 800 metres final at the 2020 Tokyo Olympics, middle-distance runner Natoya Goule is being hailed as a champion whose performance will continue to inspire young athletes.

Goule first gained popularity at the Boys and Girls’ Athletics Championships as the middle-distance queen from Manchester High School, winning 14 gold medals over her ‘Champs’ career.

But it all started at Bellefield Primary, where her talent in track was spotted.

Her former primary school coach, Collin Stewart, said Goule always had an unmatched determination that made him enjoy coaching.

“I remember we had a district association meet and that same day was the GSAT mock exams, and the principal requested that Natoya sit the exam. But she was determined. After explaining to the principal what this would mean to her, she was allowed to compete. Years later, it resulted in multiple medals at the regional Carifta Games, and now a spot in the Olympic final,” said Stewart.

Having helped to groom a number of successful track and field athletes, Stewart is hoping Goule continues to maintain her strong work ethic and look forward to the upcoming World Championships and 2024 Olympics in Paris, France.

He said that as a youngster at the institution, she was always on top of her game in the 400-metre to 3000-metre events and was determined to make her mark.

“Her accomplishment today (yesterday’s Olympic final) speaks volumes, because apart from Kenia Sinclair, we have never had anyone make it the World Championship or an Olympic final,” he said.

Jarrett said Goule’s performance will continue to motivate middle-distance runners to put in the hard work and reach their goals.

Having produced a number of Olympic medallists and finalists, Jarrett said the institution remains committed to developing talent.

“We don’t believe in pushing our athletes to the highest level as a junior. We allow them to develop gradually, and that is one of the reasons why you would have seen a lot of Manchester High School athletes actually move on from the junior programme to the senior programme and not experience burnout,” Jarrett assessed.

He encouraged young athletes to find a successful athlete to emulate, and recognise from early the level of work it will take before the rewards come.

“Track and field has evolved. It is a paying sport, but in order to be paid you have to be on top of your game. And that requires a lot of hard work and dedication,” Jarrett said.